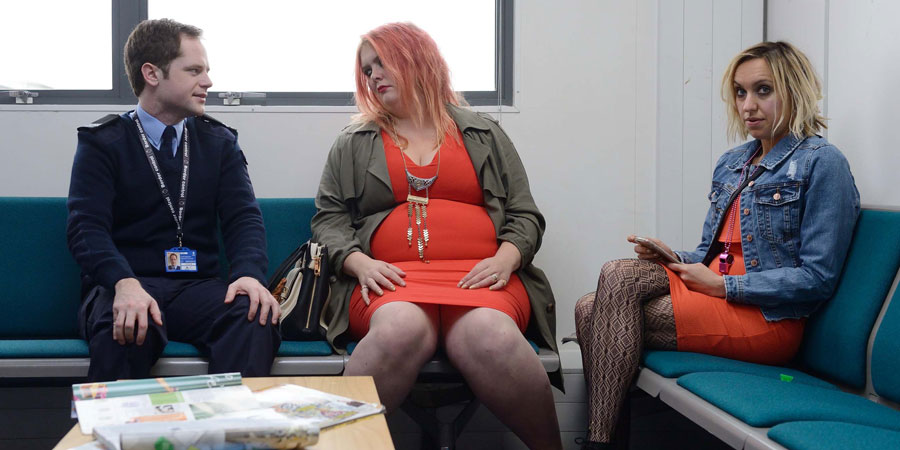 Clive has his hands full processing two rowdy females from a hen party who have been banned from flying to Benidorm because of excessive drunkenness.

It is a quiet day at Northend airport, which is probably for the best as the team are struggling to prevent personal matters from creeping into their professional lives. Proctor delivers a distinctly odd briefing that seems to be solely about the details of her failing marriage. She has also taken to collaring a reluctant Andy for deep and meaningful conversations.

Grant becomes infatuated with a beautiful passenger who has been pulled in for random questioning. Dasha is from the Ukraine, which may be why she is not laughing at any of his jokes--or it may be because they are massively, if unintentionally, racist.

Clive has his hands full processing two rowdy females from a hen party who have been banned from flying to Benidorm because of excessive drunkenness. When the hens get aggressive, Tariq leaps to his defence--at the expense of his cool image. Meanwhile, determined to shed her 'no fun' image, Andy accepts an invitation to join Tariq in the pub. Unfortunately, Proctor has overheard their conversation and invites herself along...