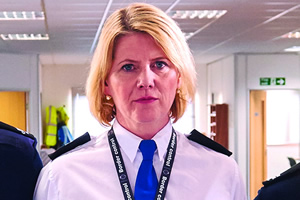 Proctor is the Borderline's chief Inspector. She's a woman stretched too thin - both at work and at home. Proctor is constantly balancing her fear of making a mistake with her desire to be liked by her team. After years of treading this fine line, Proctor's slowly running out of the energy it takes to maintain a facade. Her major priority now is just getting through the day without any major dramas - or saying something she'll regret. 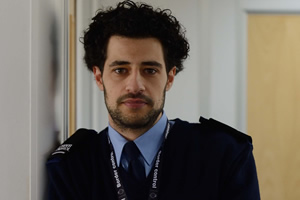 Tariq is the cool guy at the office - but that's not hard to do at The Borderline. He's young, attractive and an amateur DJ who dreams of "making it." To him, the Borderline is just a stop-gap before stardom. 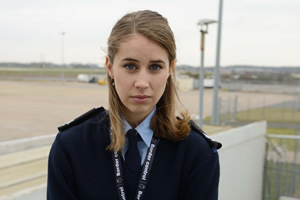 Andy is dry and witty. She's tough, determined and always wants to do the right thing, but her sarcasm can land her in trouble. 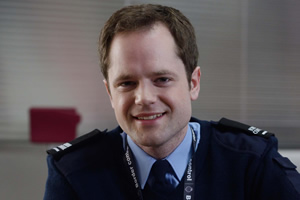 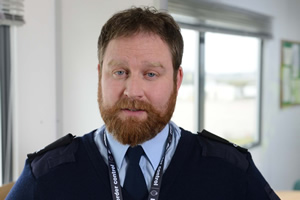 Grant is an ignorant teddy bear of a man. He wears his heart on his sleeve (especially when it comes to Dasha, the Ukrainian traveller who he falls in love with). We wouldn't say Grant's a racist, but he's definitely not seen much of the world. 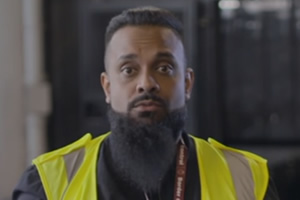 Mo is one of the the baggage-handlers at Northend Airport. He's big, loud, and proud of being Muslim. Mo's the trickster who calls out the Borderline on all their bullshit. But his main game is driving Proctor nuts. 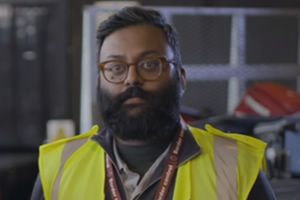 Sujan works alongside Mo. He's quieter than his colleague, but still gets involved in various misdemeanours.