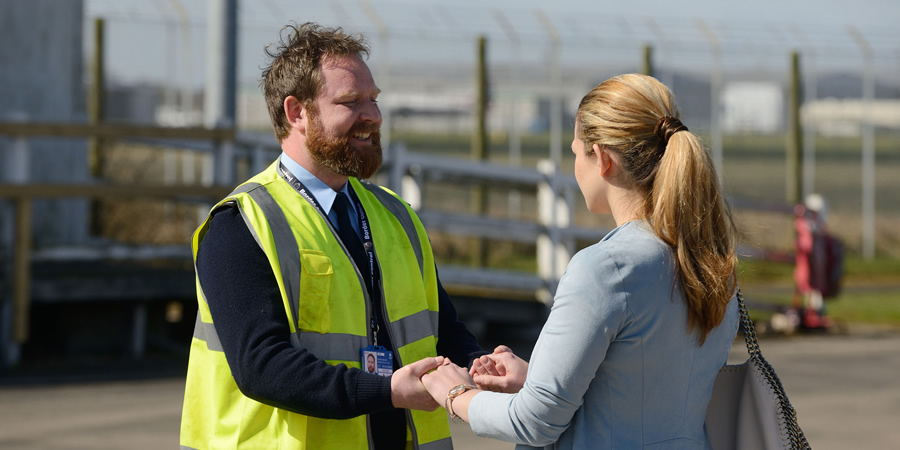 It is Clive's last month in the Border Force, but his colleagues have more important things on their minds, as this semi-improvised spoof observational documentary series concludes this week.

Clive tells Proctor that he has landed a job in the police force and will be leaving Northend airport. It is a shocking revelation, but she is far too worried about something else to think about collecting for a leaving present.

Passengers have been taking photos of the Border Force officers that portray them in a bad light. There is a PR crisis looming and one of the most damning pictures, posted on Twitter, appears to show her kicking an Asian man out the country, with the accompanying hashtag: #BorderlineRacists. It has been retweeted by Nigel Farage and Jeremy Clarkson and is going viral.

Andy is having second thoughts about her growing relationship with Tariq after they spent the night together. She cannot help questioning his maturity, while he cannot understand why she is refusing to commit to any further dates.

Meanwhile, Clive can barely contain his excitement about his new job...