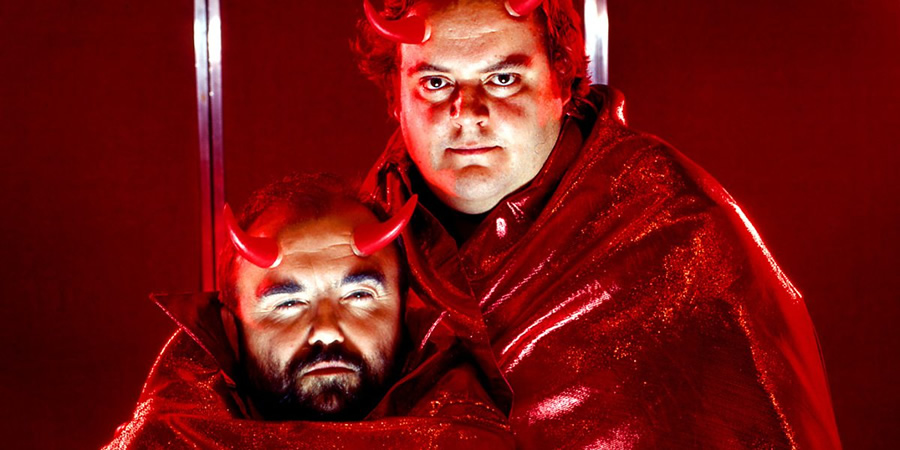 The radio sitcom from Hell - literally. Written by and starring Andy Hamilton as the underworld-weary Satan

Life is not easy. Spending eternity in a place filled with fire and brimstone while the bottom half of you has been turned into a goat is even worse, but that is what Satan has to put up with.

Satan is somewhat world-weary (or rather underworld-weary), and spends most of his time torturing Thomas Quentin Crimp, the evilest human in the world, ignoring his sycophantic and grotesque assistant Scumspawn, and trying to argue with the Professor, a kind human who was sent to Hell because he was an atheist.