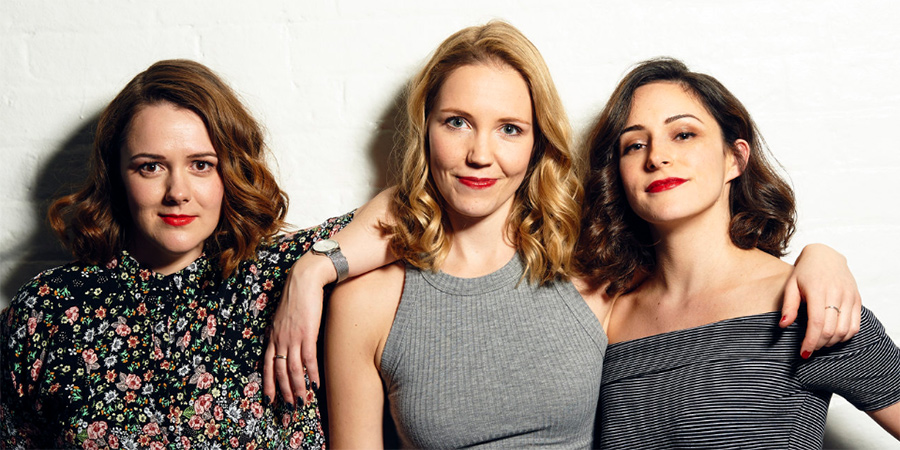 Have you got into making and sharing online comedy yet? Ahead of his next Zoom sketch comedy course, Chris Head writes about the world of online comedy. He talks about the kind of comedy you can make, how to find the funny, and offers tips on how to go viral.

What form does online comedy take?

At its simplest, it's one person and their phone doing a character piece of a minute or less. This can be very basically done or it can have good lighting, sound, costume and editing like Kieran Hodgson on Facebook and Twitter (and BCG); which nevertheless still has a casual charm.

This kind of online comedy has become very popular recently and simply makes use of a fixed phone camera and is delivered essentially as a monologue. This format is popular to make because it's so quick and easy. You don't need anyone else and so an inspired idea that is super topical can be up in hours - or even minutes. And since it's talking to the camera it has more of an immediate and intimate relationship with the viewer, echoing how they interact with their friends.

And while they were once considered somewhat old fashioned, impressions are having a renaissance online, including the uncanny work of vocal chameleon Katia Kvinge, on TikTok, Instagram and elsewhere, who I have worked with over several years.

Katia has a stock of wigs, make up and costumes for her impressions, but like many impressionists she is also starting to use deepfake technology, like the Impressions iPhone app. A boon for impressionists, as the technology develops it may well put wig suppliers out of business! And to mark Earth Day 2021, Channel 4 released a high-tech deepfake video on social media, made by Rockerdale Studios, with Katia as Greta Thunberg teaching her Man Like Greta dance.

Then you have online comedy sketches with two or more characters. These can be crudely shot, including ones that were recorded on Zoom like The Pin's brilliant video call send-ups.

Or they can look more like TV sketches or short films as per the work of sketch trio Muriel.

The next level would be a web series - like Petrichor or Dreaming Whilst Black, the latter of which was snapped up by the BBC.

And finally there is online live comedy like Zoom stand-up gigs and comedy shows on Twitch from the likes of Bilal Zafar. Twitch has been an interesting development where the gaming platform has been co-opted for live comedy performance that directly involves the audience. So it's a big, vibrant ecosystem with loads of ways you can engage.

The main benefits of working this way are you don't need permission. You can be entirely self-starting and you can do anything you want - there's no one telling you not to do something or to do it in a certain way. Then it either finds an audience or it doesn't. But if it does, you've now got proof of concept if you want to approach broadcasters.

And, of course, people are beginning to find ways of monetising their online work without ever involving broadcasters, including the brilliantly direct link-up of creator and audience through the likes of Patreon where your viewers support you so you can keep producing the work they enjoy. It becomes a kind of giant online busking where people put money in your electronic hat. And then of course there are the likes of Foil, Arms & Hogg who, through weekly releases of sketches online (see YouTube, Facebook and Instagram), now make significant sums and can command the kinds of live audiences traditionally reserved for TV stars.

What tips do you have for creating and writing specifically online comedy?

When you're writing specifically for online, speed and simplicity is important. You need a simple idea that you can get to quickly and also that lends itself to a snappy title that will appeal to the viewer to make them want to click on it.

It's also important to respond to what's happening now. This could be a news story, a social trend or even simply a specific time of year. For example, thanks to the now ubiquitous Zoom call, comedy about the tech we use have exploded. The Pin being great exemplars of making Zoom jokes during the pandemic. And I love Muriel's amazing 'Every Terrible Person on Twitter' sketch that begins with an innocuous tweet ("Having a lovely day reading my book in the park") that triggers off an increasingly vitriolic chain of responses from the likes of "Performatively Woke", "American Flag in Bio" and "Definitely not a Russian Bot".

Any tips for finding the funny in a subject?

In terms of developing the idea itself, I'd start by saying the simplest way of making comedy is to exaggerate. For example, Stevie Martin's Twitter sketch "for anyone self employed trying to get paid at the moment. Or any moment" brilliantly exaggerates the all-too recognisable pain of trying to get an invoice settled as a freelancer.

Beyond exaggeration you can go into the 'what if?' territory where you entertain an alternate reality. The list of 'what ifs?', that I devised and share in my Creating Comedy Narratives for Stage & Screen book, is a creative prompt I've worked with for a long time for writers and it can be entertaining and productive to put an idea through each transformation and see what you get. Let's work with a few, trying some transformations on Stevie Martin's attempting to get paid as a freelancer idea. We'll work with:

These are three of the 10 changes that I write about in Chapter 7 of my book. You can use the list as a series of transformations to put the original situation through. You can literally go down the list and see what happens with each transformation. Nothing carries over from the previous one, it's a fresh idea each time. Then you pick your favourite and write the sketch!

In the case of the freelancer trying to get paid, starting with rescaling the original situation we could ask: what if it were bigger or smaller? You can take any element of a situation and change its size. In this case, it could be about the amount of money - it could be a trillion dollars and the freelancer has just designed and built a space station for Nasa who are cagily reluctant to cough up. Or it could be five pence, in which case we'd now be laughing at the absurdity of the freelancer chasing this nominal amount.

Or you could ask yourself: what if this were happening in another time? In this case, changing when it's happening, you could make it an executioner in Tudor times trying to get paid for a beheading. I also invite writers to imagine the characters in the situations as animals or even things. This is personification (or anthropomorphism). If trying this route, maybe the invoice can speak. Or you could anthropomorphise the whole situation and make it about a squirrel trying to get acorns from an oak tree. And so on.

But don't lose sight of the human truth at the heart of the situation. In the case of the freelancer trying to get paid, the human truth of the situation is really needing the money but facing a labyrinthine process and an uncommunicative organisation where the power is entirely one-sided and you also don't want to piss them as you want more work. If you make it a squirrel trying to get a tree to release acorns, it'll work best if you keep these essential power dynamics, motivations and emotions as they are in the real situation.

These kinds of changes can be very eye catching and can be great clickbait if you describe the idea in a snappy way: for example, "Trying to get paid as a freelance executioner in Tudor England". It really helps if you are able to sell the idea in one catchy line to hook in the viewer and eye-catching 'what if? sketches can really work for this, like the great CollegeHumor sketch 'If Gandhi Took a Yoga Class'. You're already enjoying the idea before you click.

And the million dollar question - how do you go viral?

Of course what everyone is aiming for is that viral hit. There is clearly a beautiful randomness to things taking off, but aside from that, it really helps if it hooks into something people are already talking particularly if it either arouses great pleasure or pain.

On the pleasure side you have Kieran Hodgson's impressions of hit TV shows which takes something people are enjoying and affectionately lampoons it. On the pain side, we have the aforementioned Stevie Martin Twitter sketch "for anyone self employed trying to get paid at the moment. Or any moment." This I'm sure would have been born from her personal pain which taps into the much larger painful freelance experience of chasing payment.

And when I interviewed her for my Creating Comedy Narratives book, Meg Salter of sketch group Muriel says that while getting a hit viral sketch (like Muriel's 'If Tube Lines Were People') takes luck, often if the sketch is on a divisive topic where there are strong opinions on either side can help drive views and shares. And indeed with their own tube lines sketch it tapped into a community of tube users who were ready to share it, including crucially the London Evening Standard. So when making a sketch, do think about any niche or special interest groups who might be enthused to share it. 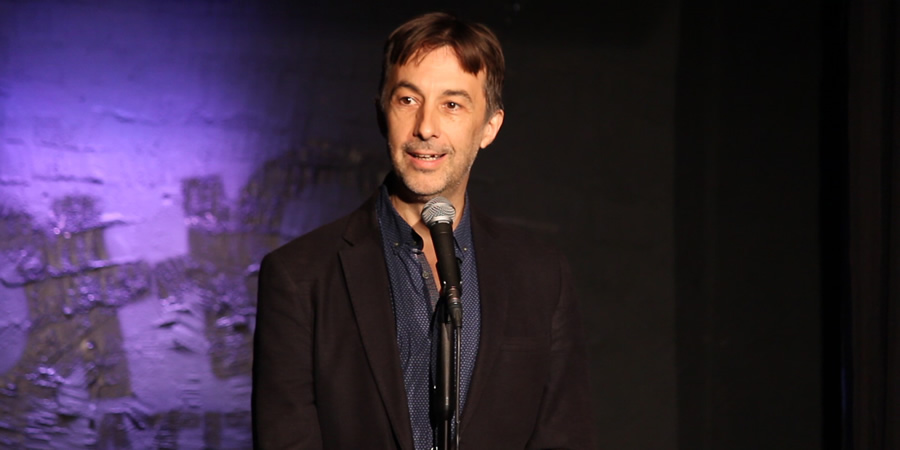 Chris Head's next online sketch course starts in September and is on Tuesday nights (UK time). It's TV & Online Comedy Sketch Writing (RED) where you can study hilarious TV and online comedy sketches, develop your writing skills and be inspired to write your own brand new sketches. (There are RED, GREEN and BLUE courses running through the year).

Chris also has two Sitcom / Comedy Drama courses starting in September. If you haven't done one before start here. If you have done this course, you can go on and do Narrative Comedy Level 2: Adding More Depth & Drama.

And if stand-up is your thing, the clearly very busy Chris also offers a stand-up writing course which anyone can join.

And for sketch writers, Chris also has a radio/podcast sketch course starting in November.

And finally, here is Chris Head's new book on sketch, sitcom and comedy drama - and it also brings in improv and stand-up too! Creating Comedy Narratives For Stage And Screen.