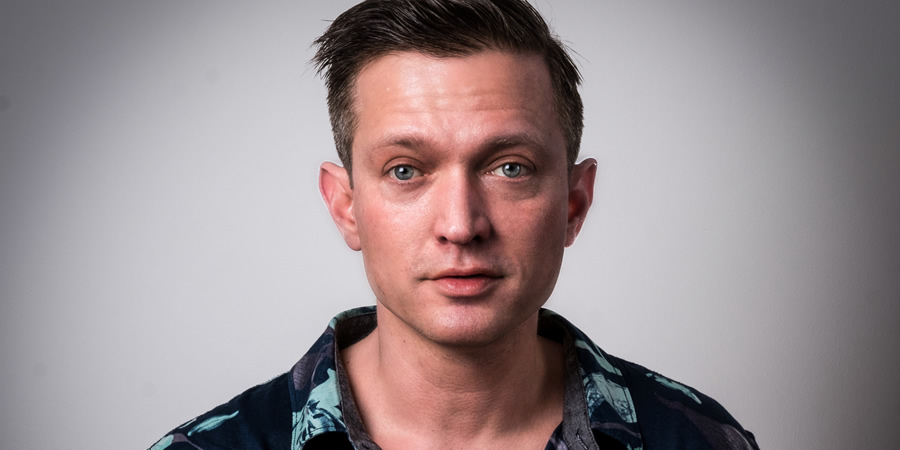 Killing your darlings: What I learned turning from producer to writer-performer

A long time ago, in a galaxy far far away, I managed to persuade the BBC to hire me as a trainee producer in a department formerly known as Radio Light Entertainment, rebranded as Radio Comedy, then merged into Entertainment, now transferred to Studios. I think they dropped the comedy part at some point. Whatever my former department may or may not be called, when I was there we were supposed to make comedy shows. But if they weren't that funny, they were billed as comedy dramas which is not term I've ever understood. It's like asking for a steak to be well-done and rare.

My experience in comedy until a few years ago was from the perspective of producer. I didn't perform comedy, I wrote a few bits for sketch shows or contributed additional gags to sitcoms. Primarily my job was getting other people to make the comedy and then take the credit for their hard work. Only joking, my role was primarily to shape what others were making either at the ideas stage, in rehearsals, recording or the edit. I was a comedy midwife, spirit-guide, shepherd or fluffer if you prefer. Point is I was working with other comedians' material.

This year, I've changed roles: together with two other comedians I've written and performed an audio sketch show, available as a podcast, called Peer Into The Past. It's an anarchic comedy series about our twisted history, viewed by students from the future through their time telescope. The process of creating a show as writer-performer as opposed to producer has been a fascinating learning curve. Although in this case I also had to act as producer for the technical aspects: recording, editing and sound design. The other aspects of producing such as script-editing we handled collectively.

Our writing process involved meeting to discuss ideas - some of which came full-formed, others were generated or reconfigured at the meeting. Turning these ideas into finished sketches confirmed something I'd observed as a producer working with writing teams on sketch shows. If the sketch was easy to write up, then it was funny. The sketches that took multiple goes to reach even a first draft rarely if ever came good. And first drafts were made much funnier by reading them through together and all of us pitching in tweaks and punch ups. 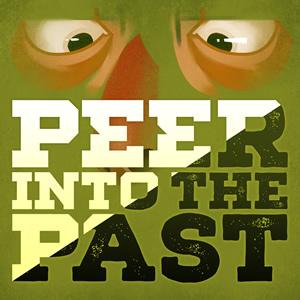 As a producer, I would aim to have read-throughs and additional rewrites before recording sessions, but there's a big difference when you're the one doing the writing-up. Then you really see the value in getting the idea as sharp as possible before hitting the keyboard and how much a second pass can lift a promising sketch into a very funny one.

The recording sessions, however, were the key times I learned new things or had to re-learn lessons the hard way. Do the editing before you stand in front of the microphone - it's a version of the writer's maxim: kill your darlings. Recording a sketch that's too long, which could have been cut down beforehand, is frustrating and time-consuming. Moreover, you've created a new problem for the post-production - more takes to assemble, more sound effects to create. One sketch in particular, about Boudicca as the first Brexiteer, took many many takes to record. I put a lot of work into the post production and was then reluctant to cut it down even though the other two creators of the show said it was too long. I'd fallen into the classic trap of being precious about material (it was one of the first sketches I'd written) and equating time expended with quality. After repeated badgering, I went back to the edit, trimmed a four-minute sketch to two minutes 30 seconds. The result is much better.

In theory, I should have known this all along, but it's a different situation when you are the writer-performer. When you write and perform material, you are emotionally invested - it really is your darling so it's harder to kill it. Or cut it down. Those cuts hurt!

On a related note, performing sketches gave me a glimpse of the vulnerability actors experience when performing any kind of role. These were short audio comedy sketches so I realise this might sound overblown. We didn't have to stay in character for months, gain or lose weight, cut our hair or any of the radical transformations required for TV or film roles. Nonetheless, I was surprised at how sensitive it made me. Was my character voice any good? Did I rush that line? And then listening back to yourself after a take and thinking, I sound better in my head. In short, I became a needy actor. That's something I hadn't properly understood before on the other side of the mic - the emotional aspect of performance. When I'd directed actors, I knew you should be careful with feedback, that they were sensitive souls. But being honest, I didn't understand why. Changing roles has given me a fresh perspective.

Another discovery for me in making this series is that animation is incredibly time-consuming. Which you might think odd, as Peer Into The Past is an audio series. To promote the show and create additional content for the website, we decided to animate three sketches. Stephen Reid, who is a professional animator with credits on Mrs Brown's Boys, made the Cave Painting animation...

Muggins here made two others (you can check them out on the website).

I'd never made an animation before, but thanks to YouTube tutorials, I worked out how to make still images move in Adobe After Effects. Even that crude technique takes ages, as each second of moving images has around 25 to 30 frames, all of which have to be manipulated one by one. But it's satisfying to experiment in a new medium and I'm now in awe of the labour involved in any kind of animated show.

Making a comedy online, whether it's podcasts or videos, has never been easier or cheaper thanks to advances in technology. The tricky part is finding an audience, and I'm not too proud to beg. There's a link to subscribe to Peer Into The Past below; if you like it please subscribe, then share it with others. If you don't, share it anyway because someone else might like it. Sharing is caring etc.

Think of us like a comedy Tinkerbell, we need your support to exist. But there are other comedy Tinkerbells out there that need love in the vast expanse of the internet. If you find a clip of an unknown stand-up or a new sketch group that makes you laugh, share it; obviously only do this after you've shared the link to our show. Maybe you're thinking of creating your own comedy content, in which case go for it. Best of luck, send me a link when it's done.

If you are reading this article, you are a fan of comedy. But there's a chance to do more. Paul Smith is resident MC of the Hotwater Comedy Clubs in Liverpool: no TV appearances, no famous mates, yet he was able to sell out two shows at the Apollo based solely on YouTube videos uploaded by Hotwater. Mo Gilligan similarly is a self-made star. He's just released a Netflix special and has a Channel 4 series, all thanks to the success of his YouTube videos. You don't have to rely on the gatekeepers of old media any more for your comedy. I've wandered way off topic; it's the performer in me, I just have to tell you how I feel!

Adam Bromley is a stand-up comedian and audiobook producer. He was a BBC comedy producer, primarily for Radio 4. Two of his shows won Sony Awards for comedy: Think The Unthinkable and The Now Show. Other notable credits include The Problem With Adam Bloom, Concrete Cow, Hut 33, Recorded For Training Purposes, Crème De La Crime and Double Science.