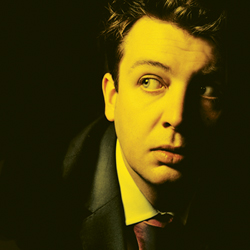 It's late 2014 and the Lib Dem / Conservative Coalition only has six months left to run before a general election must be called. The Conservative Prime Minister and his Lib Dem Deputy haven't spoken for months, the economy has flat-lined and Lib Dem MPs are threatening to defect right, left and centre. With time running out, Lib Dem leader Matt Cooper has to make a series of last desperate gambles to save the party he loves.

Jo Caulfield (Have I Got News For You, Mock the Week) : Rt Hon Angela Hornby MP, Liberal Democrat Chief Whip

Robert Khan has worked in the policy and political world for over ten years including working for the Labour party in local government. He is also currently a Councillor in Islington.

Tom Salinsky is the artistic director of improvisation company The Spontaneity Shop, co-author of the book The Improv Handbook and he teaches presenting, public speaking and storytelling for a wide-range of corporate clients.