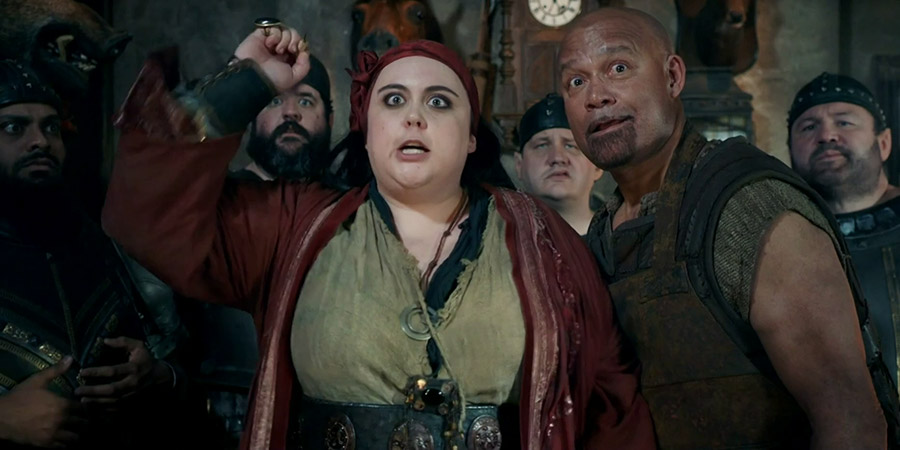 Keen to protect himself from further harm, Brian takes a crash course in magic from Howell.
Preview clip

Keen to protect himself from further harm, Brian takes a crash course in magic from Howell. Obviously, this lands him in even greater danger. Back in The Jug and The Other Jug, Steg accidentally becomes a father, Barbara loses her only soothsaying client and Herman nails a dartboard to the pub wall. Unfortunately, this attracts the attention of the Fairies, who soon become obsessed. The only way to remove them is to orchestrate a showdown, with high stakes and Barbara stepping up to the oche.

Barbara gets a bullseye

Time for a game of darts...