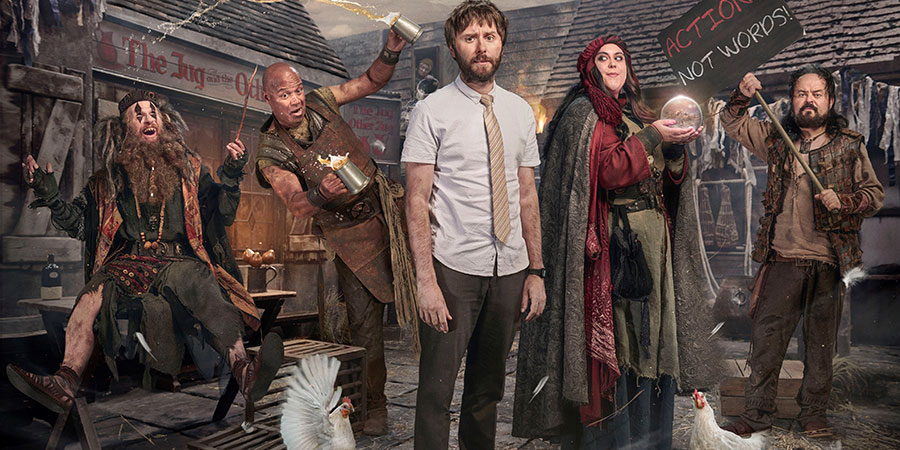 Brian Weaver, an online data marketing assistant (even he doesn't know what that is) finds himself abruptly transported to a parallel world. Fortunately, there's a pub. There he meets the owner, Herman (a former warrior) plus a handful of regulars: Barbara (a hopeless soothsayer), Steg (an armchair revolutionary) and Howell (a brain-fried Wizard).

Brian is desperate to get home, and his new acquaintances are no help at all. Instead he finds himself being sucked into a world he doesn't understand, full of psychopathic Fairies, Shell Men, seductive Demi-Fins, vicious Throcks and the frighteningly unpredictable side-effects of Howell's magical powers. It's even worse than being an online data marketing assistant.