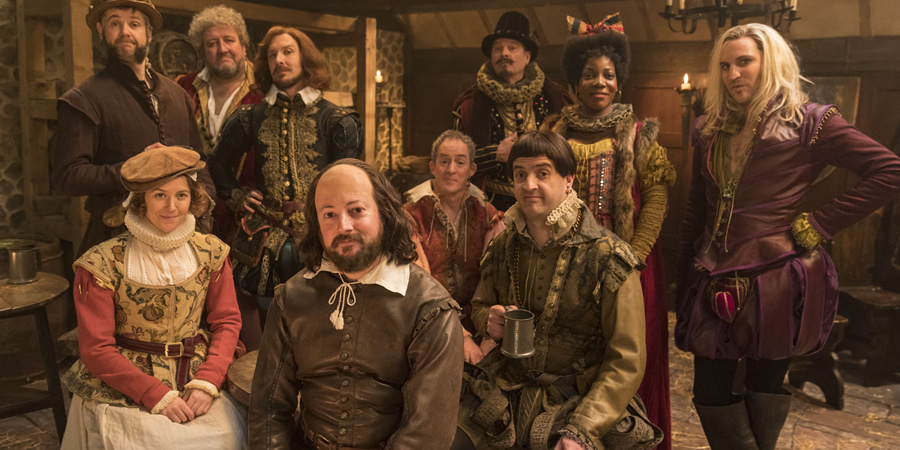 Will invents the musical. He needs help from the greatest songwriter of the age, Thomas Morley, who has some ideas of his own.

Will Shakespeare takes it badly when everybody tells him his new play about two sets of identical twins separated at birth and given the same names is rather far-fetched, until he hits on a sure fire way to stop any audience minding when the plot gets really ridiculous - make it a musical.

In fact, he's going to make it the first ever musical. And to really guarantee a hit he wants to use the songs of Thomas Morley, a rocking, rolling, madrigal-composing, tax-avoiding Tudor music legend.

Back in Stratford, Will's dad John is determined to get Will to use his new-found writing fame to make the Shakespeare family properly posh, which turns out to be rather a big ask.