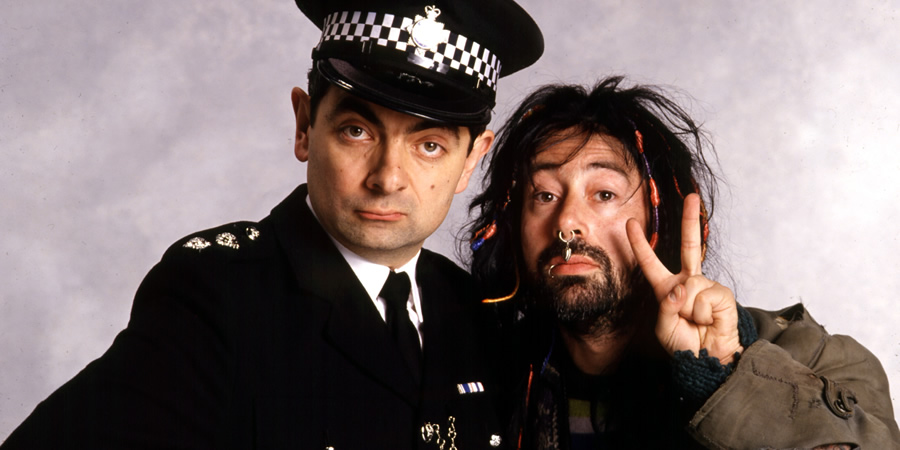 Grim is on the search for a group of dangerous carol singers, and the politics of Christmas workplace gift-giving throw the station into disarray when Goody buys Maggie some sexy lingerie. Fowler, meanwhile, has am-dram panto on his mind...
Preview clip

Christmas has arrived at Gasforth and with it the annual amateur dramatics society's production of Peter Pan. Raymond is determined to once and for all get the part of Captain Hook. Unfortunately he fails once again and just to add insult to injury, the part goes to none other than Grim.

Meanwhile, Goody has been getting into the Christmas spirit, splashing out on presents for his colleagues - including special ones for Fowler and Habib. However, neither get quite the treat they were expecting when Habib opens a bicycle puncture repair kit, and Fowler some lacy red lingerie...

Come Christmas Eve and a group of new-age travellers arrive at the station, having been detained for causing an obstruction. Whilst Raymond dismisses most of the group in annoyance, a heavily pregnant young woman and her boyfriend refuse to leave as their van has been impounded and are otherwise homeless. Predictably, it's not long before she goes into labour!

Grim, meanwhile, is juggling learning his lines for the panto with chasing a group of carol singers who distract residents at the front door whilst their gardens and homes are robbed round the back. It seems like it's going to be a good Christmas when he sees the group in action and calls for backup to assist in their immediate arrest, red-handed.

Back at the station, Goody's present mix-up causes a major headache for Raymond when Patricia finds the sexy undies and assumes them to be her gift; amidst all of the evening's interruptions, it seems Raymond could be in for quite a frosty Christmas morning...

Christmas Eve at the Police Station