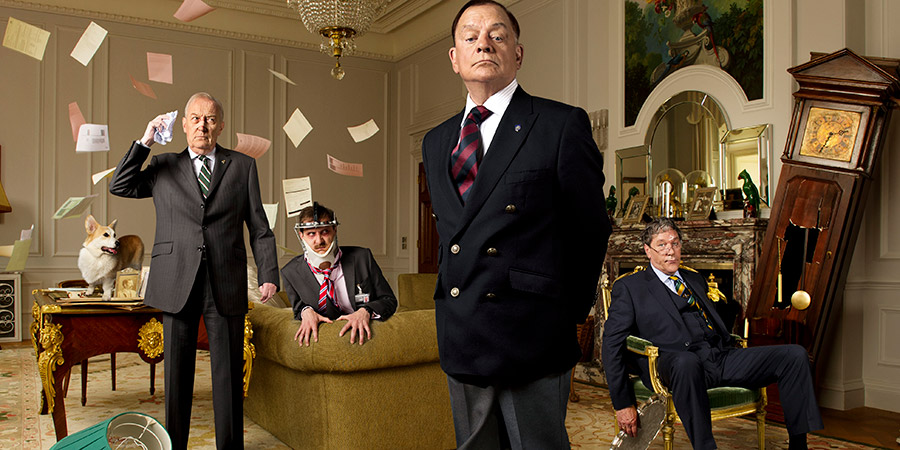 The Royal Bodyguard follows the escapades of Captain Guy Hubble, an ex-guardsman who saw action in Cyprus and Northern Ireland. Now Head of Security at Buckingham Palace car park, he is surprisingly appointed as Royal Bodyguard after saving the Queen's life in an act of bravery on the day of the State Opening of Parliament. This is much to the frustration of Hubble's boss Colonel Dennis Whittington, who is desperate to see the back of Hubble and knows only too well about his relentless mishaps.

Hubble takes his new role very seriously but soon manages to upset foreign ambassadors, his colleagues and members of the public as he haphazardly carries out his security checks and takes on personal rescue missions for the Queen and her family. Hubble manages to endanger Royal security repeatedly and on a colossal scale, yet somehow comes up smelling of roses every time.