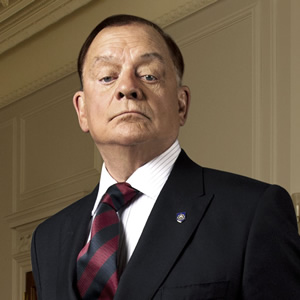 Captain Guy Hubble is an ex-guardsman who saw action in Cyprus and Northern Ireland. He then moved to become Head of Security at Buckingham Palace car park, but was surprisingly appointed as Royal Bodyguard after saving the Queen's life in an apparent act of bravery on the day of the State Opening of Parliament.

Unfortunately he is totally unsuitable for the job, being un-fit, unable to keep a secret, and unbelievably clumsy. Yet, much to the frustration of his boss Colonel Whittington, Hubble somehow manages to muddle through each mission and ends up with a glowing bravery report from the Queen every time. 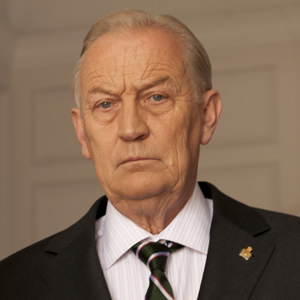 Whittington is Hubble's boss. The Colonel has spotted Hubble to be the weakness in the security service that he most definitely is, however unfortunately he can't fire Hubble as somehow Hubble manages to keep pleasing the Queen and appeasing Sir Edward Hastings.

Whittington is desperate to see the back of Hubble, as the relentless mishaps are putting the reputation of the whole department at risk. It seems Whittington would even be willing for Hubble to be 'accidentally' shot if it meant he could be rid of the one-man walking disaster... 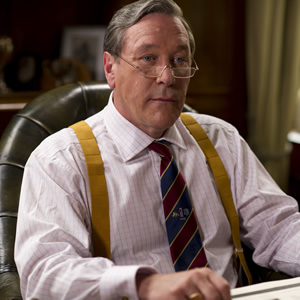 Sir Edward Hastings is the top man in Royal security. Colonel Whittington keeps approaching his boss with reports that Hubble is endangering Royal security repeatedly and on a colossal scale, yet somehow Hubble comes out the other side of each disaster smelling of roses... meaning Sir Edward is unable to take any action.

Hastings would probably fire Hubble now, if it wasn't for the fact that the Queen has given Hubble a George Medal for bravery, and a letter of commendation saying Hubble is 'simply irreplaceable'. 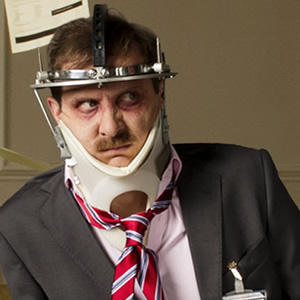 Young, efficient and dedicated Yates has been loyally serving in the Royal Household division for a number of years... he hoped to be promoted to the position of The Royal Bodyguard, but has been pipped to the position by Hubble.

Slimy and bitter Yates hasn't taken the rejection well, and so hates Hubble as a result. He is now looking for any means necessary to impress their bosses and show he should get the job instead. Unfortunately, he normally ends up involved in Hubble's calamities and comes off with worse damage... bones have been broken, he's suffered in sewage, been blown up, and more, all due to Hubble's mistakes.