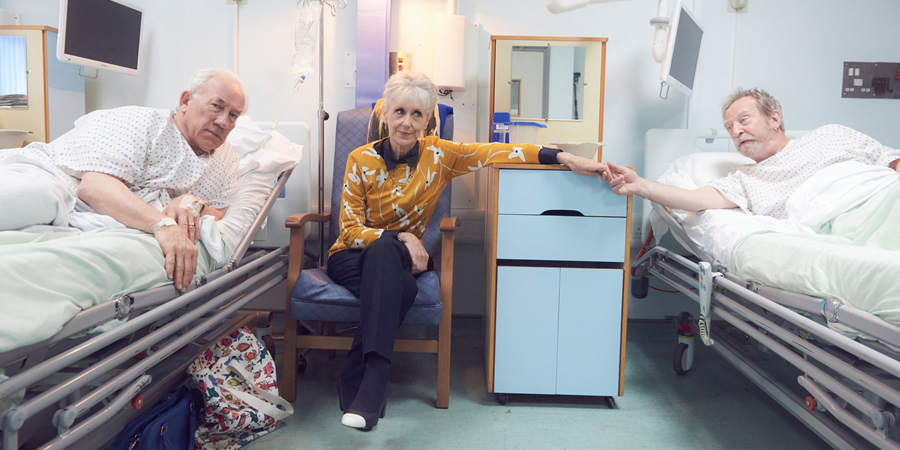 A misjudged late-night dip in the sea leaves both Henry and Charles very much worse for wear. As their symptoms deteriorate, they ultimately end up in hospital.

An unwelcome surprise birthday party for Henry inspires him to go out on the 'lash' to prove that he's still as fit as he was in his youth. But a misjudged late-night dip in the sea seemingly leaves both him and Charles very much worse for wear. As their symptoms deteriorate, they ultimately end up in hospital, with Henry finding the modern day 'customer'-orientated NHS too much to bear. Meanwhile, Charles' efforts to distract Margaret from the romantic advances of the suave Dr. Cranmore land him in an isolation ward, and it transpires Cath's new fascination with all things medieval could have a lot to answer for.