As the prospect of marriage draws nearer, Martin makes some discoveries from his new family-to-be. Meanwhile, his stand-up set did not impress reviewers. 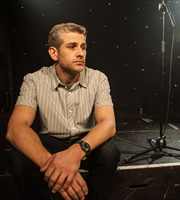 Martin's impression-based stand-up does badly in the reviews. With the wedding drawing near, Harriet's turned into Bridezilla, laying increasingly drastic demands on Martin.

His enforced religious conversion, and looming circumcision, are non-negotiable if her father is to cover their wedding's mounting costs. But when Martin meets Harriet's decidedly non-kosher brother at his stag weekend doubts arise as to Harriet's real motives and secrets are revealed about her romantic past.

With Martin's friends and family doubting the marriage, will he go through with it?

Geoff McGivern was credited in this episode but did not appear.