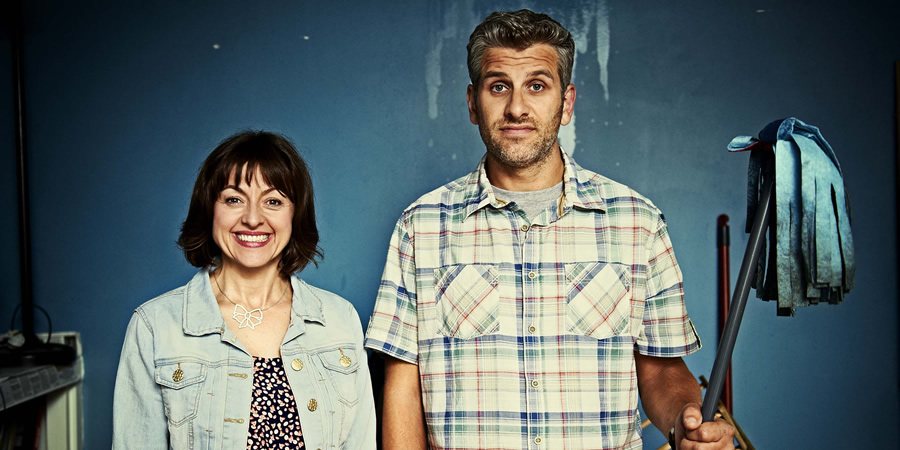 The Mimic is the story of Martin Hurdle, a seemingly unremarkable man who in fact conceals an exceptional talent. What makes Martin unique is his uncanny ability to mimic voices.

Stumbling through life, as he has been until now, his mimicry of celebrities and colleagues alike has been a rather fruitless pursuit.

His one true friend in life is a girl called Jean. The only other 'friend' Martin can really boast of is Neil, a downtrodden newsagent petrified by the news, but enthralled by Martin's voices.

However, in a huge revelation from a former lover, Martin discovers that he is in fact the father of an eighteen year-old son.

Martin is struggling; having ditched his job in site maintenance to become a professional mimic he is finding paid work hard to come by. Martin's uncanny ability to mimic voices is as strong as ever but with his son - and agent - Stephen going off travelling, Martin starts to lose his way. Then, one day, HMRC appears at his door chasing some back taxes and it's official - Martin is in a slump and not even his voices can help him.

All is not peachy with his best friend and landlady Jean either. She's looking for love having dumped Neil, the hypochondriac who doubles as Martin's other best friend. Returning from a romantic holiday gone wrong, Jean has realised that Neil is ultimately a newsagent who's scared of the news and quite clearly not the man for her. She's also getting fed up with Martin moping around the house, wasting his unique potential...

But - events change when Jean sets up Martin with self-assured body language expert Harriet and the two start dating. She encourages him to get a shiny new agent who in turn introduces Martin to his "star client", the intimidating Nigel Lord a rival impressionist who is a big fish in the small pond of local entertainers.

Martin begins to develop more confidence, but as he and Harriet's relationship becomes more serious it starts to take on a peculiar quality as her obsession with his voices comes to the fore.

The series builds to a tense and touching crescendo when Harriet and Martin make the ultimate commitment - marriage - but is Martin committing for the right reasons? And was the real love of his life there all along, before he even met Harriet?