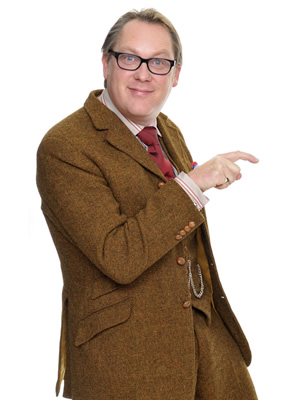 Channel 4 have commissioned a sitcom pilot called The Fun Police for their forthcoming Comedy Showcase season.

The 30 minute sitcom has been written by Matt Morgan, who is probably most commonly known for co-presenting the now infamous Russell Brand Radio Show on BBC Radio 2 between 2006 and 2008.

The show is being billed as "a hilarious new sitcom for Channel 4, bought to you by the same creative team behind The IT Crowd." The Fun Police will centre on the trials and tribulations of a small town Health & Safety team.

Also on the cast list is Jack Doolan (Cemetery Junction, The Green Green Grass), Kerry Howard (Him & Her, Reggie Perrin), Katy Wix (Not Going Out, The King Is Dead) and Clive Rowe (Tracy Beaker).

This Comedy Showcase pilot will be overseen by Ash Atalla, the producer of classic sitcom The Office, and the Executive Producer on shows including The IT Crowd. The show will be produced via Atalla's own production company Roughcut TV, which is also currently working on a supermarket-set sitcom for Sky called Trollied.

The Fun Police will be Vic Reeves' first sitcom since the surreal BBC six-part programme Catterick, which is co-created with long-term collaborator Bob Mortimer in 2004. Meanwhile, Rhys Darby starred as a magician attempting to get his career back on track in the 2009 Comedy Showcase pilot The Amazing Dermot (which was also produced by Roughcut TV).

The Fun Police pilot will be recorded in front of a live audience at BBC TV Centre on Saturday 28th May 2011. To be in the audience see our free tickets page

The Comedy Showcase season will be on Channel 4 in the autumn.