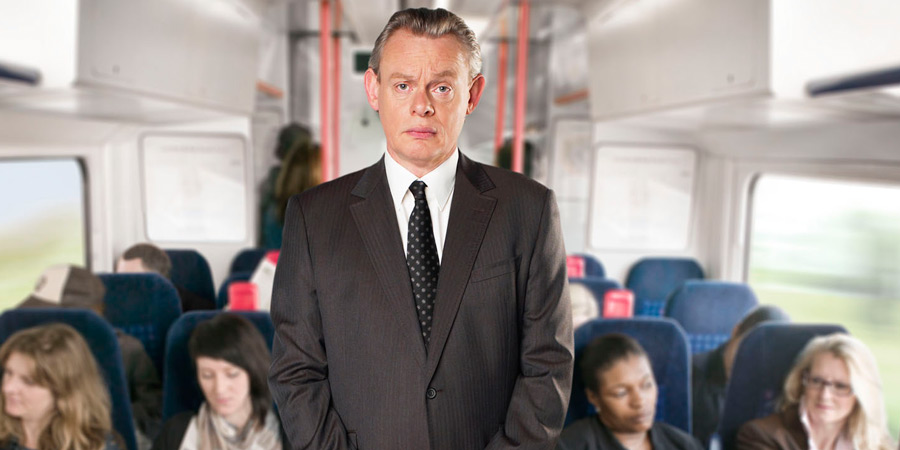 BBC One reimagining of the 1970s comedy about a frustrated office worker. Written by Simon Nye and original creator David Nobbs

Update of the 1970s sitcom The Fall And Rise Of Reginald Perrin by creator David Nobbs and Men Behaving Badly writer Simon Nye.

Reggie Perrin retells the story of a sales executive on the edge. An average man finding it increasingly difficult to put up with the monotony of life, the disappointing marriage, the office grind and the daily commute.

In Series 1, rebellion begins to build in Reggie's mind, in the form of increasingly surreal flights of fancy. And, slowly, he begins to say what he really thinks, to his wife, to his boss, to his fellow commuters... and, most dangerously of all, to his new colleague, the beautiful Jasmine Strauss.

The second series finds the suburban sales executive back from the brink with a new zest for his once monotonous life. But will his ideas for a new way of life appeal to his wife Nicola, who is already at breaking point?

As Reggie tries to slam the door on his old life, can he rid himself of those surreal flights of fancy? And could Reggie's ideas really bring him the fulfilment he seeks?

Phil Clarke explains: Reggie's still a man in crisis with the modern world, but what's interesting is to look at where the world has changed since the 1970s and where it hasn't. He doesn't, for example, dictate memos to his secretary... he uses email. It's an opportunity to comment on the modern world without being heavy-handed.