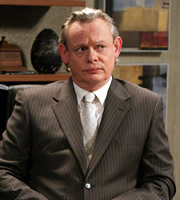 Reggie is average man finding it increasingly difficult to put up with the monotony of life, a disappointing marriage, a boring office life and the daily commute.

The appearance of Jasmine, a rather attractive new work colleague, isn't helping his sanity. Slowly but surely Reggie is falling to bits. He is now starting to imagine doing things that one shouldn't do in polite society (for example, shooting a boring house guest)... and the big problem is he is starting to vocalise some of these thoughts. How long will it be before he loses his marriage, his job and has the almost inevitable midlife crisis or, worse still, breakdown? 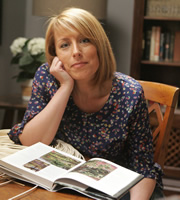 Nicola is Reggie's wife. They clearly love each other, however she is too busy with either work or house guests to spend time with him in the evenings. As a result, Reggie has become a little besotted with Jasmine from work.

In the second series, Nicola has lost her job so is at home bored for a lot of the time. She soon finds a close friend (perhaps too close) in new next-door neighbour David. 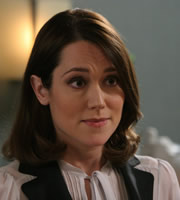 The beautiful Jasmine is the head of balms and lubricants at Reggie's company. Elegant, softly-spoken, intelligent and witty - it's hardly surprising that Reggie is becoming besotted with her.

However, his obsession comes at a cost - it is starting to jeopardise his work to the extent he may be fired. His inappropriate screen saver is clearly not going to impress when it is discovered, and his inappropriate office kiss most definitely strayed over the border of acceptability. However, further into the series Jasmine reveals herself to be lonely... so perhaps there is a chance there will be romance between her and Reggie after all. 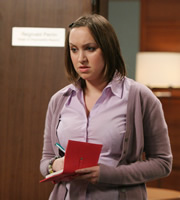 Vicky is the secretary at Groomtech. To call her stupid would be flattering her. She is immensely dopey and dim-witted.

It is Vicky's job to try and organise Reggie's day - however this proves near impossible, what with Reggie's un-predicable behaviour and the fact most of his comments go over her head. 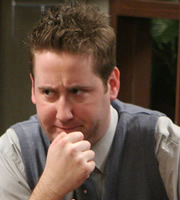 Anthony is one of Reggie's deputies. He is an idea's man who has to come up with suggestions for new products. The only problem is... all his ideas are rubbish.

Anthony looks up to Reggie and is desperate to be accepted by his boss. He will go to any lengths to get in Reggie's good books. 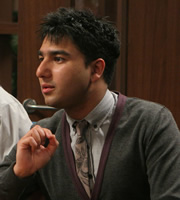 Steve is basically a clone of Anthony. The pair are never seen apart.

Much like Anthony, Steve is far too enthusiastic about his job and the general world of grooming products. Sometimes Steve gets "psychically excited" about ideas!

This over-exuberance clearly annoys Reggie. The duo would probably still turn up for work even if they weren't paid. They might as well not bother to come into work though, because he always ignores their ideas and suggestions. 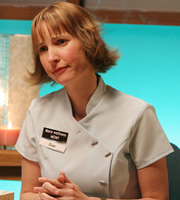 Sue is the 'Wellness Person' at Groomtech. It is her job to ensure all the employees are happy and healthy.

She's certainly the happiest person in the building, but that's probably because she is too stupid to realise when things aren't going well for her. For example, someone once said to her: "Sue, you're a bit simple"... and she somehow took that as a compliment, even though Reggie tries to convince her it really isn't flattering.

Patronising to the maximum, Sue is full of 'helpful' sayings and is armed with a stack of self-penned leaflets for pretty much every situation and eventuality.

In the second series Reggie is made to take counselling sessions with Sue, although invariably ends up helping her get through her own issues, rather than the other way around. 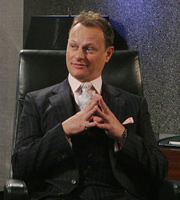 Chris is Reggie's un-hinged, over-motivated boss. He didn't get where he is today without being able to recognise a brilliant new squirt based concept in shaving design when he sees one. Apparently. How Groomtech survives under his leadership is a bit of a mystery as his ideas and decision making are far from good.

Chris is work obsessed - he sends txt messages to his staff in the evenings and at weekends too. It's possible he doesn't even go home. Chris likes to think he is a good people person. He's not. For starters, sitting in a big high chair looming over your employees is not great for making your staff feel at home.

Chris is sacked in Series 2 and Reggie takes over his job. 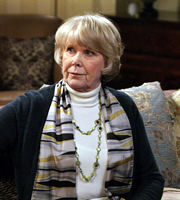 Marion is Nicola's mum. She is engaged to Reggie's dad William... which is awkward for both Nicola and Reggie. It's also awkward for William - as, now they're over the period of excellent and exciting s-e-x, he's realised he doesn't want to get married!

Marion is a forthright woman who knows what she wants and will not take 'no' for an answer... so it looks like William is getting married whether he likes it or not! 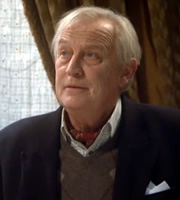 William is Reggie's father-in-law. Ex-army, he is now a keen golfer. He drops in at the house at the most inappropriate times - for example, when Reggie is attempting to cook a romantic breakfast for Nicola. William won't take Reggie's hint to leave them alone, and his own hints ("feeling a little giddy, might be food related") are hardly subtle.

In fact, William is always seeking food. He seems to eat all his meals at the Perrin's house. Something else William does regularly is almost sit on people - he never looks behind him before sitting down.

In the second series William gets engaged to Reggie's mum Marion. However, he soon wants to call the wedding off. 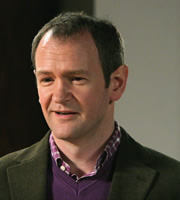 David is the new next door neighbour to Reggie & Nicola. He's witty, laid-back and seems cool with the fact his neighbours are a bit odd.

When Reggie is stuck at work, David pops round to keep Nicola company. A dangerous situation as David is divorced and thus single... and he's clearly attracted to Nicola. 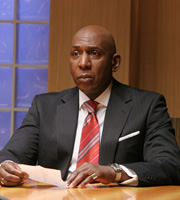 Mr Fox is the Chairman of Groomtech. It is his job to make sure the company runs smoothly and makes a big profit.

Now that Reggie is Managing Director he often finds himself in the boardroom answering Fox's questions. He often imagines himself killing this boss. 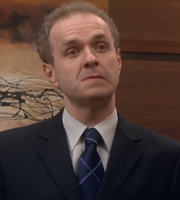 Colin, the company's statistics man, is quite possibly the most boring man alive. Reggie understandably tries to avoid him whenever possible.

Colin's idea of a thrilling conversation is talking about the new layout of the car park or the best colour for a carpet. Even if he was saying interesting things, Colin would probably still send you to sleep due to his monotonous voice. He even manages to bore Anthony and Steve... which is quite a feat!

Colin is actually beyond boring. As Reggie says, he has "crashed through boring, waved goodbye to tedious and bulldozed headlong into mind-numbingly irksome". However, it is Colin who gets the last laugh - it turns out he has a very attractive wife. 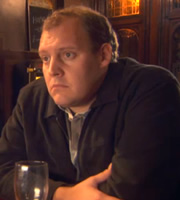 Monty is Reggie's oldest friend, possibly his only friend. The two spend quiet nights together in the pub bouncing their problems off each other, but they never really manage to come up with any answers.

It is revealed during the series that Monty has always had a crush on Nicola - he tries to make a move on her when Reggie is abroad, suggesting he's not actually that good a friend after all.