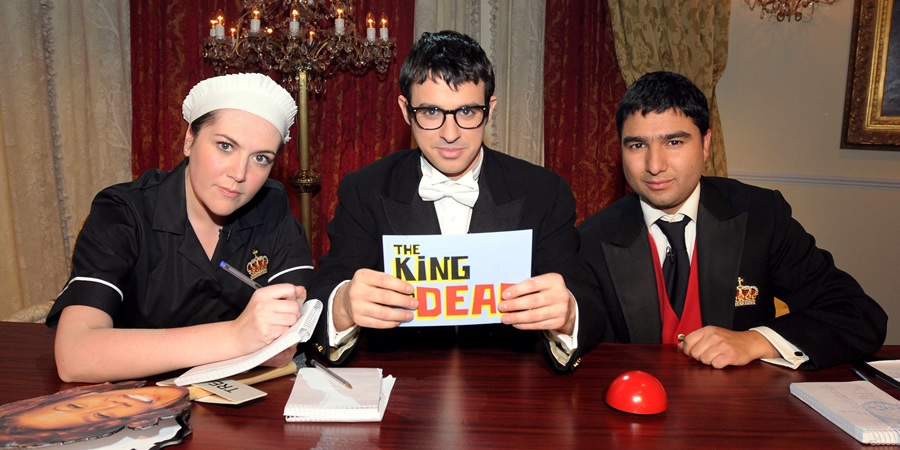 The King Is Dead

Each week on The King Is Dead a well known public figure is hypothetically bumped off. It's down to the comedic interview panel led by Simon Bird, to scour the Great British celebrity pool for a top notch replacement.

Simon is accompanied in his search by Nick Mohammed and Katy Wix. Three celebrities compete in a unique and vigorous interview process in a bid to prove they are the best applicant for the job. The positions available include The President of the USA, Father Christmas and The Chief of the Police.

Answering questions on the contents of their CV and taking part in obscure challenges, the celebrities will allow Simon and his interview panel to grill them thoroughly to be accepted in the coveted role available.