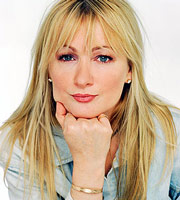 Caroline Aherne, co-writer and co-creator of BBC One's The Royle Family, has had her first new comedy series in more than a decade commissioned by ITV1.

The new four-part series, The Security Men, has been written alongside Jeff Pope, with whom Aherne also collaborated on ITV1's 2009 Christmas comedy-drama, The Fattest Man In Britain.

The new ITV Studios production will star Dean Andrews, Bobby Ball, Peter Wight and, star of Mrs Brown's Boys, Brendan O'Carroll as a group of work-shy security men who make up the nocturnal contingent at shopping centre The Whittington.

It will be a familiar role to Ball, who starred alongside long-term comedy partner Tommy Cannon as a shopping centre's night security guard in the 1991 sitcom Plaza Patrol.

A pilot has already been produced, and the series proper - made by ITV Studios - will be filmed this summer in Manchester.

Elaine Bedell, ITV's head of comedy and entertainment, has said that the writers are "at the top of their game", and has signalled she is looking for further scripted comedy commissions following the success of Benidorm.