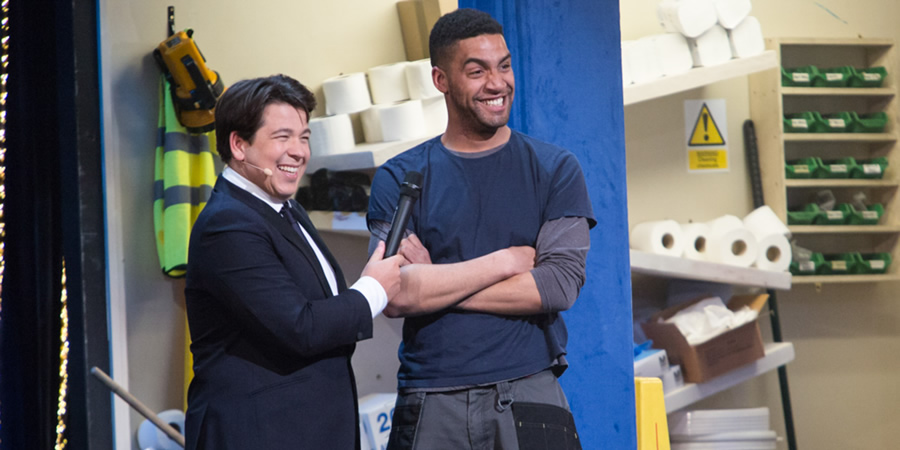 Strictly Come Dancing judge Bruno Tonioli plays Michael's favourite game 'Send To All', which sees Michael sending a text to Bruno's phone book. This week's Unexpected Star is a handyman, who gets the shock of his life when his ambition is realised. There is also music from Years and Years, comedy from Rob Beckett and an astonishing acrobatic performance from one of Cirque du Soleil.
Preview clips

This episode featured a performance from Amaluna by Cirque du Soleil, featuring 'Romeo'.

Send To All with Bruno Toniolli

Bruno Toniolli bravely gives Michael full control of his phone and he sends a very embarrassing text to his contacts.

Handyman Shannon turned up to do a removals job and ended up making his West End stage debut with a performance of a musical theatre classic.