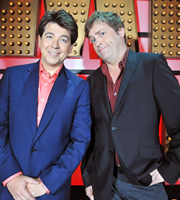 The Grand Theatre in Leeds is the venue for the final episode of Michael McIntyre's Comedy Roadshow with top Irish comedian Ardal O'Hanlon headlining, supported by guest turns from Jack Whitehall, Andi Osho and Sean Collins. 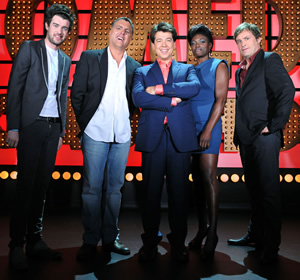 How To Deal With Burglars

Sean Collins has had enough of his house being broken into. He tells us how he'd deal with any future burglars.

Andi Osho does her impression of what a court judge would sound like if they were also a music MC!

Jack Whitehall tells us how he's always been a Mummy's boy. He wishes he'd played more sport at school instead of learning to play the recorder.

Ardal O'Hanlon tells us how he pretends to have an affair with his own wife. But will the lover's game backfire on him?

Jazz the Music Up

Michael McIntyre talks to the cast of Emmerdale. He performs a new 'jazzier' version of their theme tune!