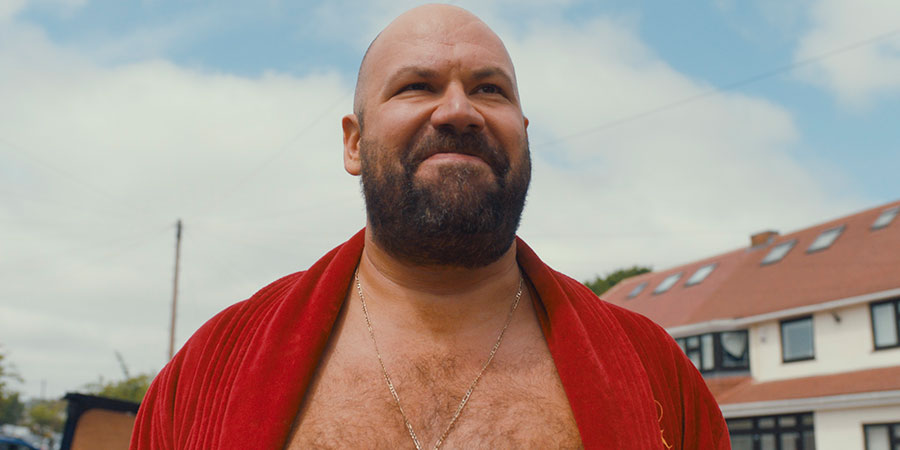 Gary is having an extension built but one objection from a neighbour could affect his planning permission, so he hosts a dinner party for all the Crescent folk.
Preview clip

Gary is having an extension built but one objection from a neighbour could affect his planning permission, so he hosts a civilised dinner party for all Crescent folk in what he's billing "the big schmooze". Gary goes on full charm-offensive to woo the residents at the soiree, especially arch nemesis Stuart.

Denise, an experienced soirée host, tries to take over the proceedings, while Big Gary is only interested in watching the boxing on Gary's new curve television with his gatecrashing golfing mates. Terri uses the party as an opportunity to showcase her new mobile cocktail business venture 'Bartini' and, for ease, orders a massive Deliveroo for everyone but, when the delivery is hours late, the evening takes a drunken nosedive.

This episode was published on iPlayer on 10th January.

Preparing for a dinner party to schmooze all his neighbours in the Crescent, Gary doesn't bank on Mad Kay and Crabbie arriving to set up a cocktail bar.