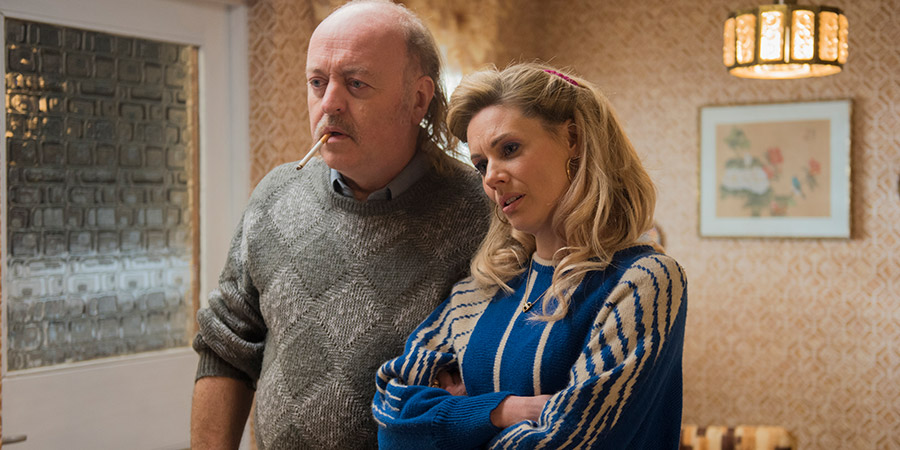 Valentine goes for a job interview for him at the car parts factory where Walter works, and is joined by Bagpipes on an electrical job in a dingy flat.

As Valentine settles into London life, Agnes and Walter suggest he finds a trade instead of just taking occasional odd jobs. By way of encouragement, Walter arranges an interview for him at the car parts factory where he works.

Meanwhile, Bagpipes and Kirsty's anniversary is looming. It's a bit of a loaded time for both of them because of Kirsty's never-spoken-of affair that resulted in their three-year-old daughter, Melissa. In order to avoid the celebratory night out Bagpipes jumps at the chance to help Valentine with a cash-in-hand electrical job. The men turn up at the flat only to realise it's a brothel. They get the work done but Agnes and Kirsty are shocked and angry when they spot Valentine and Bagpipes leaving the disreputable flat, leading Bagpipes to confront the true source of his conflict with Kirsty.