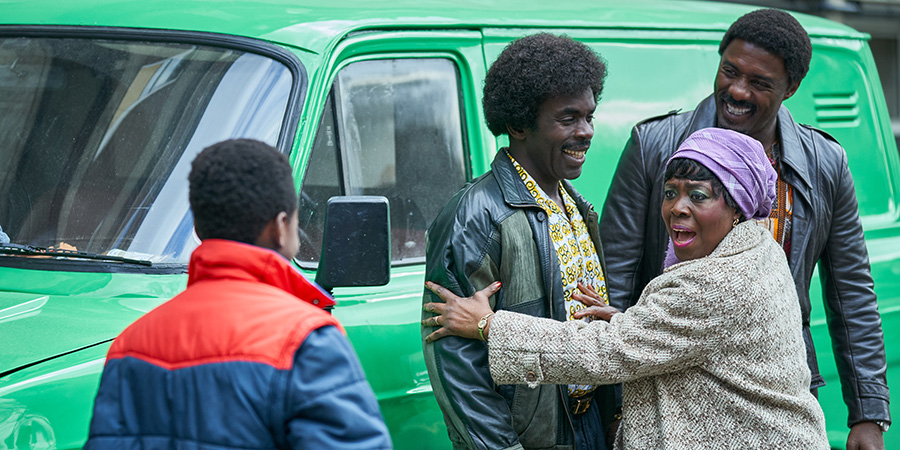 As Walter worries about whether his life on the Eastbridge will make his Mama proud, Valentine worries that Kobna is taking his place as the favourite one.

Mama comes to London! As Walter worries about whether his life on the Eastbridge will make his Mama proud, Valentine worries that Kobna is taking his place as the favourite one. For the first time in a while, life is good for Bagpipes, but a panic attack reminds him of the fragility of life which brings immediate changes in the De La Croix household. Meanwhile Agnes and the community gather to make the case for improvements on the estate, where even Mama lends a helping hand.

Idris Elba returns for a third season of his semiautobiographical comedy about his upbringing in 1980s east London. Walter (Elba) is excited about the arrival of his mother from Sierra Leone, but his brother Valentine (Jimmy Akingbola) is soon disappointed at being usurped as the favourite child by Mama's grandson Kobna. Meanwhile, Bagpipes (Bill Bailey) experiences the unexpected return of his panic attacks, prompting a health kick, while planned changes to the Eastbridge estate might not mean the best outcome for the community.

When did Idris Elba last make anything good?

In the Long Run review

Review of the third series.