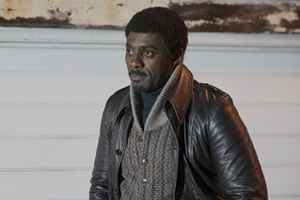 Walter Easmon arrived in London from Sierra Leone 13 years ago with his wife Agnes, and he hopes one day, maybe, to return. Walter works in a local factory providing car parts for the larger car factory nearby. His best friend is his neighbour and co-worker Bagpipes.

Walter has an affectionate and playful relationship with Agnes and their son Kobna but is prepared to throw his weight around if needed - he is a traditional man but supports Agnes's chance to spread her wings in a country that offers more opportunities for women.

Walter is delighted to be reunited with his younger brother and happy to slip back into the role of the older and wiser sibling. He is charismatic and charming but compared to his extrovert brother uses these qualities sparingly.

Walter is a respected member of the community and the kind of person people turn to for advice. Despite only being able to find blue-collar work, he is university educated and in times of trouble his co-workers see him as someone who is willing to stand up to the powers that be. 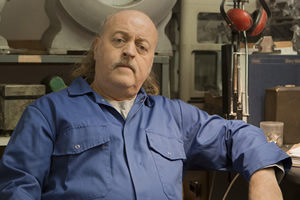 Bagpipes is a typical working-class bloke who despite his nickname is English.

He is married to Kirsty and together they have a 12-year-old son, Dean. He spends his days working alongside Walter at the factory and his evenings plonked in front of the TV or down the pub.

He's super intelligent but feels he has to keep proving himself. Sometimes it's having the last word in an argument or showing off his superior (sometimes useless) knowledge in most subjects.

On the surface, Bagpipes and Walter couldn't be more different, but really they're in the same boat. While they sometimes butt heads over political and social disagreements, they share a core decency that means they usually end up in agreement.

Bagpipes and his wife Kirsty used to be quite a passionate couple, but ever since Kirsty gave birth to a mixed-heritage child, Bagpipes hasn't felt able to trust his wife. He made the decision to unquestioningly raise Melissa as his own but he privately feels emasculated by Kirsty's affair and he'll need to confront the issue to reignite the spark. 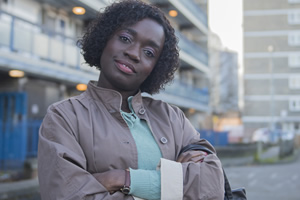 In public, Agnes is a typical polite housewife - but in private she rules the Easmon home with an iron fist and is always one step ahead of her husband and son.

She is nervous about Valentine's arrival and worried that he may be a bad influence on Walter and Kobna, but ultimately he is family and she welcomes him with open arms - with the understanding that he has a firm plan of action and doesn't just drift from job to job.

In addition to keeping a smooth-running home, Agnes supplements their income by selling make-up door to door - a job that gives her a small insight into her neighbours' lives. With Kobna getting older, her confidence is growing and she is starting to think about what her calling may be. 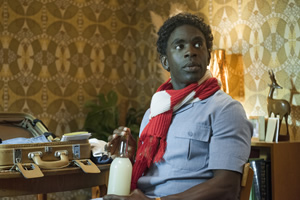 Valentine arrives in London full of energy and enthusiasm. Having played for the Sierra Leone national team, he dreams of being a professional footballer, but with a great passion for music quickly finds work as a pub DJ.

Wherever he goes he is the life and soul of the party and like Walter has endless charm and charisma. As a single man in London he is searching for love - and although some of his seduction techniques may be slightly out of date they seem to work.

Despite appearances, Valentine has a certain vulnerability. He has a youthful innocence that gets him into trouble and he always wears his heart on his sleeve. He has to cope with the realities of living and working in the UK and, for the first time, being confronted with racism. 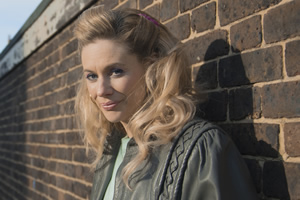 Friendly, fun-loving, and a hopeless romantic, Kirsty longs for the spontaneity she associates with great love stories.

Her impulsive side won out a few years ago, resulting in a quick, passionate affair and a child by another man. Almost immediately, Kirsty regretted it, and while her feelings for Melissa never wavered, her appreciation of a fiery romance "like off the telly" soon paled in comparison to the more subtle, dependable love that Bagpipes offered.

Since the revelation, she and Bagpipes have had a much rockier relationship. Kirsty would love to resolve the problem, but a lot of trust needs to be restored. She finds Bagpipes most attractive when he's doing something perceivably masculine. Similarly, Bagpipes likes doing anything for Kirsty that can show her he's able to provide for and protect her.

Bagpipes is Kirsty's anchor, and Kirsty encourages him to be more adventurous and exciting. When they're working well together it's easy to see why they've stayed married all these years, but the shadow of Kirsty's affair is never too far away. 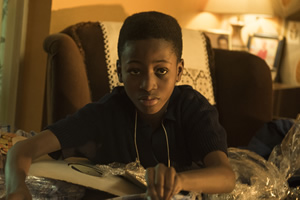 Twelve-year-old Kobna is a born-and-bred Londoner who has always lived in Leyton with his mum and dad. He is best friends with Dean and they are inseparable both at school and on the estate.

Valentine's arrival in their usually quiet and strict household gives Kobna a taste of freedom, and inspires him to a love of music and DJing.

Despite a diverse range of family and friends from the West African community, he has no idea what his Sierra Leonean roots really mean and he can't speak Krio and Twi like his parents. He loves London and can't imagine living anywhere else. 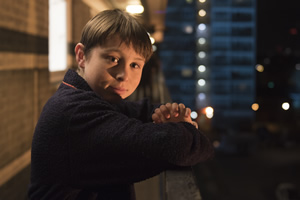 Dean is Bagpipes and Kirsty's son, and Kobna's best friend. Funny and a bit clueless, he and Kobna are frequently getting up to cheeky hijinks together.