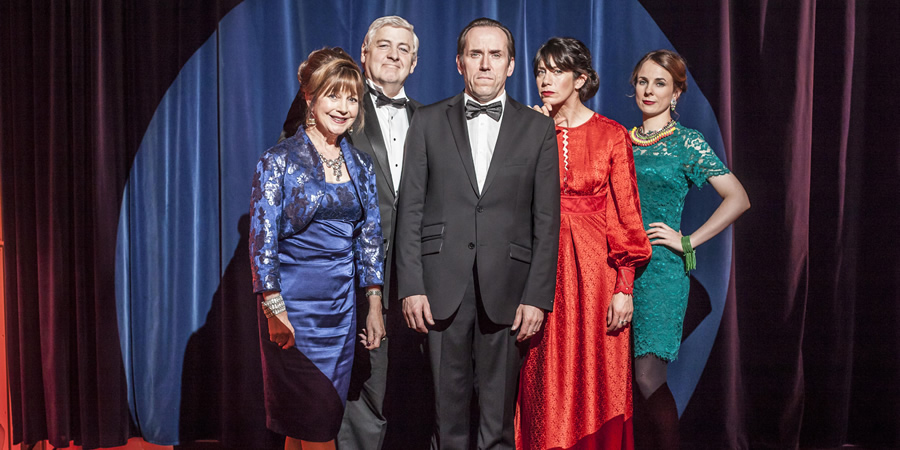 About I Want My Wife Back

In 2004, writers Mark Bussell and Justin Sbresni teamed up with Ben Miller to make the hit BBC One sitcom The Worst Week Of My Life. Now, over a decade later, Miller is back working with their scripts in I Want My Wife Back.

This new six-part BBC One sitcom focuses on Murray, who much like Howard in Worst Week, is "a nice guy". Everyone likes Murray, but his job at a banking company means he now rarely spends any time with his wife Bex (played by Doc Martin's Caroline Catz). It comes as somewhat of a shock to Murray when, on her 40th birthday, Bex decides she's had enough walks out on their marriage.

However, the couple find that splitting up is far from easy, not just in terms of the emotions, but also having to deal with the reactions of family, friends and work colleagues. Plus, as the sitcom's title suggests, Murray isn't actually going to let them break up forever if he can help it. Can he win Bex back? 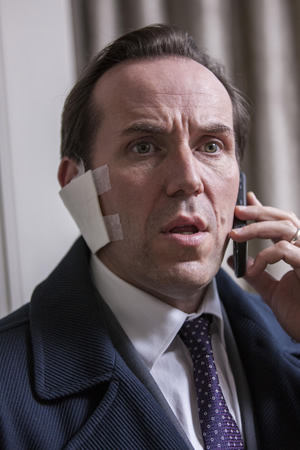 The writers explain: "The premise is sort of based on a friend of ours, who was trying to get his wife back. We found that whole journey to be very amusing, and very moving at the same time. We were really willing for him to get his wife back, but at the same time we couldn't help but laugh at the ridiculous situations he was getting himself in. Some of the things that feature in later episodes were things he was actually doing. We thought it was a very heroic journey, but also a comic one."

So, did Mark Bussell and Justin Sbresni write the scripts with Ben Miller in mind, as a kind of reunion project? It turns out not. "We didn't write that character with him in mind, but watching it now it sort of seems impossible to think of anyone else who could have played that part. So, subconsciously, we must have been thinking of Ben when we created Murray. We sort of picked up where we left off really, and it's been fantastic."

Ben Miller says he was keen to work with Bussell and Sbresni again. "I just loved the script. The Worst Week Of My Life was very much like a farce, but this was different. I think what I loved about I Want My Wife Back was that there was a really huge emotional pull in it. You felt very involved."

Miller loves the duo's writing style, which he says portrays 'middle England' in a funny way. "They capture the small talk so well. One of my favourite lines in the first episode is 'have you tried the spinach tartlets?'... lines like that, you don't get that very often.

Miller points out the tone is subtle, but there are still big laughs. "It's funny, without jokes. If there ever is a joke it's a character making a joke, and it usually falls terribly flat. The lines are very funny because of the context. It's one of the things about Mark and Justin's scripts which actors love, that the line is often the opposite of what is being said."

The writers, thinking about their own style, add: "A theme we love coming back to time and time again is 'politeness'. A nice person who gets exploited. People like that get exploited time and time again, and do things they don't want to do because they're too polite to say no. The character Ben is playing - and did in Worst Week actually - is someone who finds it hard to say no and so is pushed around."

The team agree that I Want My Wife Back is less like a sitcom than The Worst Week Of My Life. The new show features more dramatic elements, although that's not to say it doesn't still have laugh-out-loud moments. The creators explain: "We wanted to write a romantic comedy. We hadn't done one before. It did feel like a different kind of show for us to write, because - as Ben was saying - Worst Week was very farcical... this has farcical elements in it, but at heart it's an emotional story."

Ben Miller adds: "That's one of the things I love about the show. It could easily be quite a depressing story if you just write it down. It's all about the way it's handled, and the tone of it. 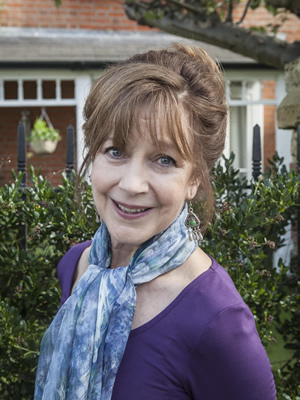 "There's been no melancholic sitcoms for such a long time, but they were so popular - there was a type of sitcom, it was a very British thing, a show that would make you feel like you're welling up... and then you find yourself laughing again. Butterflies is one of those sitcoms I was reminded of, as well as Just Good Friends. They were very emotional but very funny, and the laughter was sort of a release from the emotional anguish."

It just so happens that Jan Francis, who so memorably starred in Just Good Friends alongside Paul Nicholas, also stars in I Want My Wife Back, as Bex's mother Paula. Speaking about the new show, she says: "There are areas where it does pure drama and then suddenly you find yourself laughing... and that's exactly what happened on Just Good Friends. I think that's why Just Good Friends was such a success. There hadn't been a romantic comedy like that for ages."

The final episode of Just Good Friends remains one of the most-watched sitcom episodes of all time, with over 20 million viewers tuning in. Whilst it's hard to imagine any TV programme will be able to match those kind of levels in this multi-channel age, the warmth and humour in I Want My Wife Back, and a good schedule spot, looks set to bring it a sizeable audience. So, if the programme does take off as everyone hopes, would there be room for a second series? The writers are confident they could work up a second series if asked. "Even if he does get her back again... or he doesn't... there are so many other things going on in Murray's life to complicate it."

I Want My Wife Back is on BBC One on Monday nights at 9:30pm.