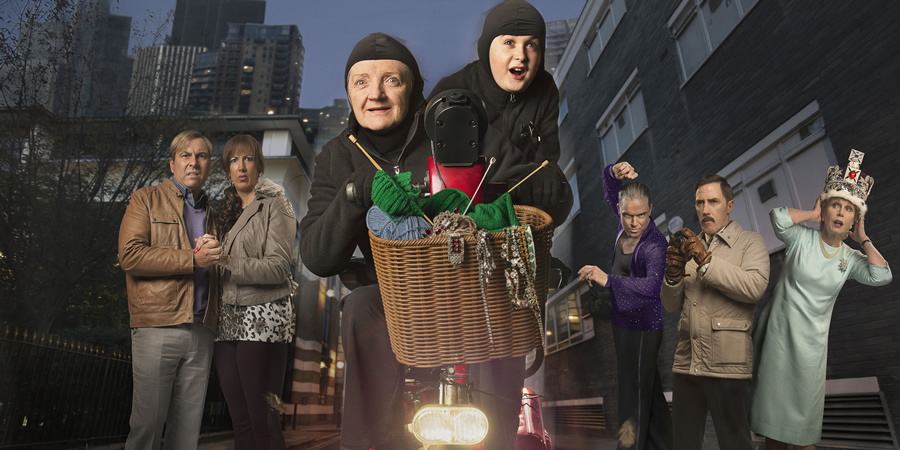 From the BAFTA-nominated team behind 2012's Mr Stink and co-written by Kevin Cecil and Andy Riley (Gnomeo & Juliet, Robbie The Reindeer, Black Books) with David Walliams, the comedy drama tells the story of schoolboy Ben (Reece Buttery), who is bored beyond belief after he is made to stay at the house of his grandma, played by Julia McKenzie (Agatha Christie's Marple, Fresh Fields); all she ever wants to do is stay in, play Scrabble, and eat cabbage soup.

Until one day, when Ben's grandma tells him a story that she was once an international jewel thief, and together they go on a wild adventure to complete the one heist she never quite managed in her criminal heyday - which brings them face-to-face with Her Majesty The Queen, played by Joanna Lumley (Absolutely Fabulous).

Rob Brydon (Gavin & Stacey, The Trip) plays Mr Parker - a nosy neighbour who could scupper Ben and his grandma's plot; and Jocelyn Jee Esien (3 Non-Blondes, Little Miss Jocelyn) appears as Kelly, the pushy mother of Florence (India Ria Amarteifio) with whom Ben has to dance in a local ballroom competition.