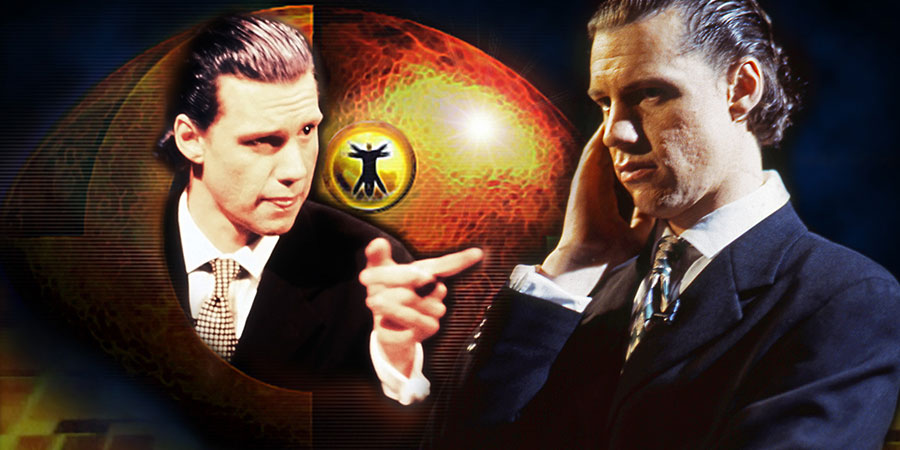 Following on from the Radio 4 series On The Hour and its BBC Two TV adaptation The Day Today, Chris Morris moved to Channel 4 for this show satirising the news media.

Acting as the anchor as well as acting as various reporters, in Brass Eye Morris mocks the sensationalism and moral panics going on in the news at the time, delving into subjects such as animal right, the war on drugs, and most infamously the moral panic in the press over paedophilia.

As well as mocking the news, the show also attacked celebrity campaigns, coming up various mock campaigns and getting real-life celebs to spout nonsense, most notably over "cake" - a completely fictional drug that ended up being mentioned in Parliament by an MP at the time.