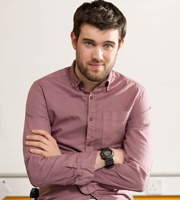 Newly qualified history teacher and a self-appointed 'maverick', at 23 Alfie's in fact closer in age to the kids in his class than he is to the other teachers in the staff room. Somewhat ironically, he's also a bigger kid than his students.

He loves teaching History, especially to his class, Form K, however his childish desires, past-times and general laziness often get in the way.

His clever plans to get maximum results with minimal effort are unfortunately never quite as clever as he thinks. The kids love him but equally despair of him as he stumbles from one disaster to the next.﻿

He may be a bit of a lazy oaf at times, but Alfie has a sweet, genuine side - and is deeply in love with Miss Gulliver. That Fraser sees him as a close confidante and role-model is the sole reason for his continued employment. But he's always got that old B&Q uniform if Fraser should be replaced. 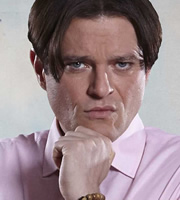 Ridiculously laid-back, Fraser is certainly not your normal head teacher. What matters to this principal is being down with the kids. Unfortunately, he's just ... well, a bit of an idiot, really.

Concerned primarily with his own popularity and looking and sounding good (none of which he achieves), the actual day to day running of Abbey Grove often takes a back seat as Fraser bounds from one half-baked scheme to another.

He really likes Alfie, seeing him as the only teacher on his wavelength and even somewhat of a role model at times. This generally plays to Alfie's advantage, however, whilst Pickwell, Miss Gulliver and many of the other staff stand back and watch in dismay.﻿ 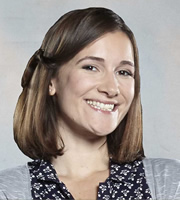 Rosie Gulliver is the sole voice of reason in the madness of the Abbey Grove staff room.

Sweet, well meaning and with the added benefit of being extremely attractive, Miss Gulliver is the female that all the male staff flock around, especially Alfie.

The school's biology teacher, Rosie is passionate about education and cares deeply for the pupils and their welfare.

Recently split from her boyfriend, in Series 1 she shows little sign of being interested in Alfie. She thinks the age difference is a problem; it's only ten years, but he is a very young twenty-three.

In Series 2, we discover that Rosie is 'batting for the other team' and is in a relationship with a former student. Alfie is upset, but mainly aroused. 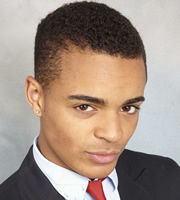 Camp, colourful, master of the one-man musical - Stephen is a teenage boy who's not afraid to reveal his theatrical side.

Stephen's the butt of many jokes but he doesn't care - he's got Chantelle for company and he's quite happy. Alfie might not have been looking for a slice of Glee in his class but with Stephen, he's certainly got it. 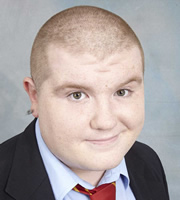 Joe is the kid who's most likely to be bullied and picked on and so Alfie alternates between sticking up for him and roping him in to whatever scheme he's got going on. As a result poor Joe regularly finds himself in the most humiliating positions - all for the sake of saving Alfie's skin, and often in aid of impressing Miss Pickwell, too.

In Series 3, Joe has shaved off his hair. He looks quite different... but he's still a softie at heart. 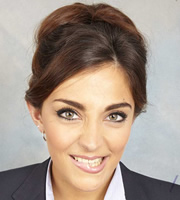 Chantelle delights in asking Aflie the most detailed biological questions just so she can watch him blush. She knows she's sexy and she loves to use and abuse it for her own ends. Frustratingly the one person that doesn't fall for it is Alfie.﻿

She may seem like a mere teasing schoolgirl, but Chantelle does seem genuinely upset by Alfie's interest in Miss Pickwell. How does she really feel? Who knows... 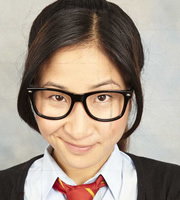 Sensible and responsible, Jing is a Chinese student who finds Alfie's antics tiresome.

Longing for a decent education Jing has somehow ended up in Alfie's class and she can't stand it. Often choosing to speak in Chinese in order to vent her frustrations with Alfie, she is the one person in the class who's always right but is sadly never listened to.﻿ 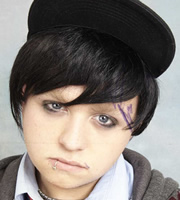 Rem Dogg doesn't let the fact that he's in a wheelchair hold him back, especially when there's an opportunity to cause a little mischief.

Despite his limited mobility, Rem Dogg is quite capable of standing up for himself - and with classmates like Mitchell, he'd have to be! He's always up for taking on any of the challenges that Alfie - or anyone else in the class - throws at him﻿. 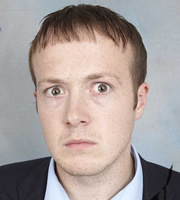 Grayson is the school bully - he even manages to bully Alfie, which is quite an achievement considering that Alfie is meant to be the grown up teacher. He is, however, somewhat older than his peers, having been held back for quite a few years now.

Grayson may not have many skills he could write on a CV, but he'd get an A grade for intimidation and criminality. 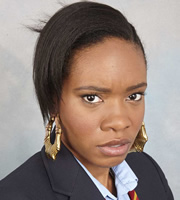 Cleopatra is a new student, who joins the adventures in Series 3.

She doesn't take any nonsense for anyone, although does secretly have a soft spot for Mitchell, even if she's trying to hide it.

Cleopatra delights in tying Alfie up in angst-based knots by suggesting to him that he's being racist. 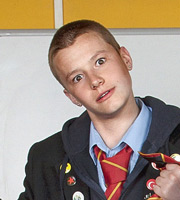 The class wide boy, Mitchell isn't afraid to make a joke at the expense of anyone in the class (including Alfie).

He's always on hand with a foul mouthed comment or a threat of physical violence and when those aren't shocking enough, well he'll simply make up any old story to enhance his reputation as someone not to be messed with?.

Mitchell leaves the school during Series 3, as his family's caravan is heading elsewhere. 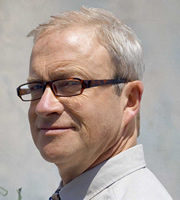 He is also a teacher. There is a shock for Alfie when he returns for Series 3 to find that his dad has been appointed as the new deputy head, whose first jobs are to increase class sizes and fire a member of staff. 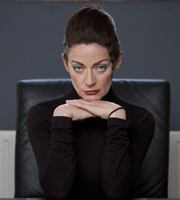 Stern to the point of being ferocious, Pickwell despises Alfie's lax attitude and headmaster Fraser's ridiculous ideas of how to best run the school. Keen to climb the ladder and take charge of proceedings herself she enjoys nothing more than catching Alfie out and watching him suffer the subsequent humiliation.

There's no room for sentimentalism in her life - although she does seem to have a fierce religious bent, longing for the return of creationism to the syllabus.

Pickwell certainly doesn't take fools gladly, and is not a woman you'd want to mess with. In fact, it's rumoured she has testicles of her own. 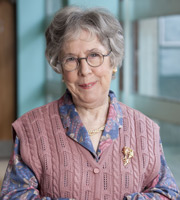 Mrs Mollinson is by far the oldest teacher in the school but this affords her none of the respect that she may deserve.

Mollinson teaches Maths and Art. She's been somewhat of a sexual adventurer in her time, and she delights in sharing these stories with pupils and teachers alike as she regularly interjects with tales of the recreational pan-European swinging jaunts she takes with her unseen, submissive husband.﻿

The Good Life to become a stage show