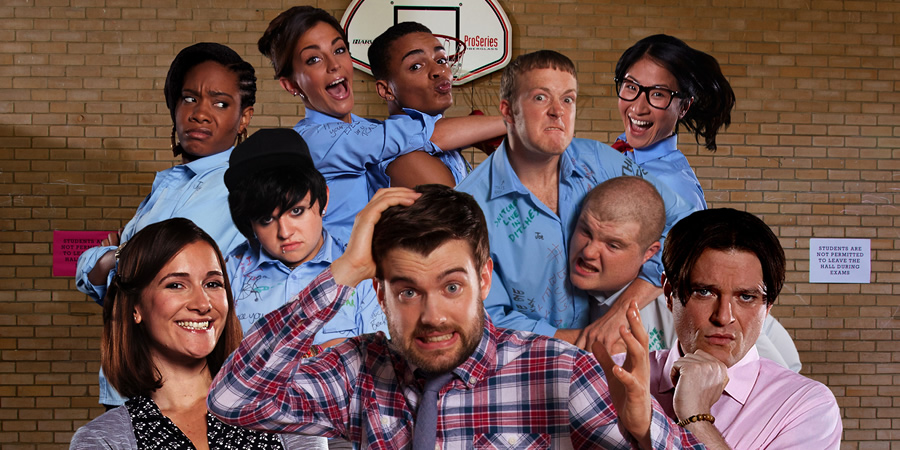 School-based comedy starring Jack Whitehall as Alfie, the worst teacher to ever be involved in the British education system

Bad Education, co-written by and starring Jack Whitehall, follows Alfie, the worst teacher ever to grace the British education system. Alfie definitely has the best intentions for his class but the truth is he is a bigger kid than any of the kids he teaches so his good intentions always seem to end up out the window. He really does care though.

Despite his obvious shortcomings, Alfie's position at the school is stable thanks to Fraser, the school's headmaster, who tragically longs to be as cool as Alfie. He's the teacher who just wants to be everyone's 'best mate' and is prone to massive and very public mishaps.