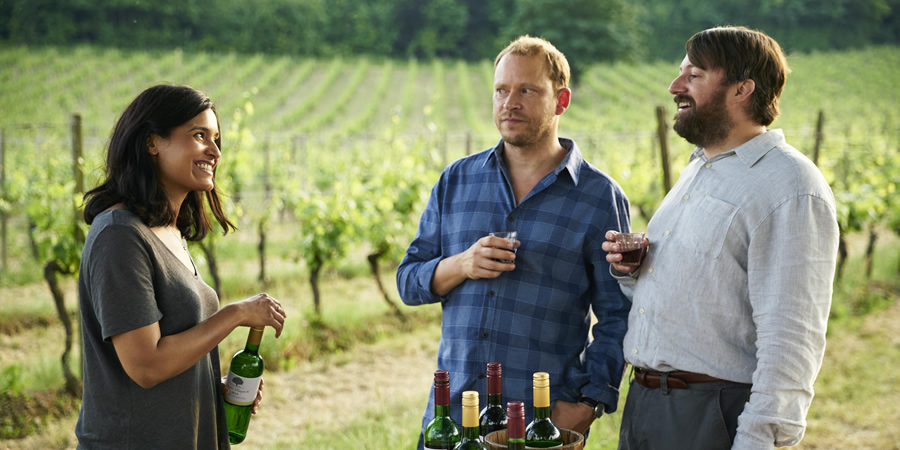 Stephen and Andrew go on an enlightening road trip to meet the pub's suppliers, while Geoff is left to run the pub in his own inimitable way.
Preview clips

Stephen and Andrew are on tour - a road trip to visit the pub's suppliers and spread the news of Laurie's death.

Andrew tries to help Stephen along the way with getting over his ex-wife, with clarifying a memory from their childhood and with the shocking revelations that his parents' marriage wasn't what he thought it was. Back home Ellen gets a little bit too hands on with the church's drug outreach programme and Cass starts selling her stuff to raise funds to go travelling.

Geoff has been left in charge of running the John Barleycorn and brings back a taste of the 1970's - smoking, cheese & pickle rolls and a collection for the lifeboat men.

We're not in the EU now, Jan

Geoff is behind the bar! He is taking a far more relaxed approach to running the place - 'think of it as an olden days themed pub'.

Stephen and Andrewgo on an enlightening road trip to meet the pub's suppliers, and they experience how pork scratchings are made... "They really do scratch the shit out of those pigs!"

Stephen and Andrew find out that their parents had an open marriage with multiple affairs, and Stephen has trouble processing this new revelation.