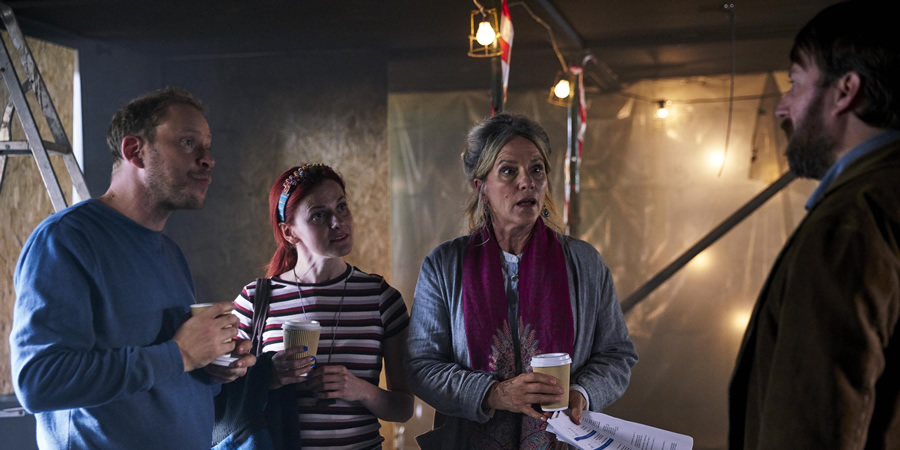 With the fire insurance policy out of date, Andrew buys Cass's shares so he can renovate the pub.
Preview clips

With the fire insurance policy out of date, Andrew buys Cass's shares so he can renovate the pub. Cass and Ellen hail him as a hero. A furious Stephen, fuelled by what is now his customary 'morning wine', takes Maureen for a walk and she escapes into the woods; Stephen almost immediately wishes she hadn't.

Dognappers demand money from Stephen or they will kill Maureen, but help could be at hand. Some new intel from Alison about a local planning decision looks like being the key to revelling exactly why Andrew has returned to the John Barleycorn after 30 years. Cass finally goes off on her six-month travelling odyssey, and the family soon learn that she's got married to an unlikely man.

Clean up after your dog

Things are still not going well for Stephen. He has a nasty run in when walking his dog Maureen, resulting in a man shouting at him: 'They should exterminate vermin like you. You are subhuman filth!'

Stephen stumbles upon a dead body.

Dog hostage negotiations can be tricky...