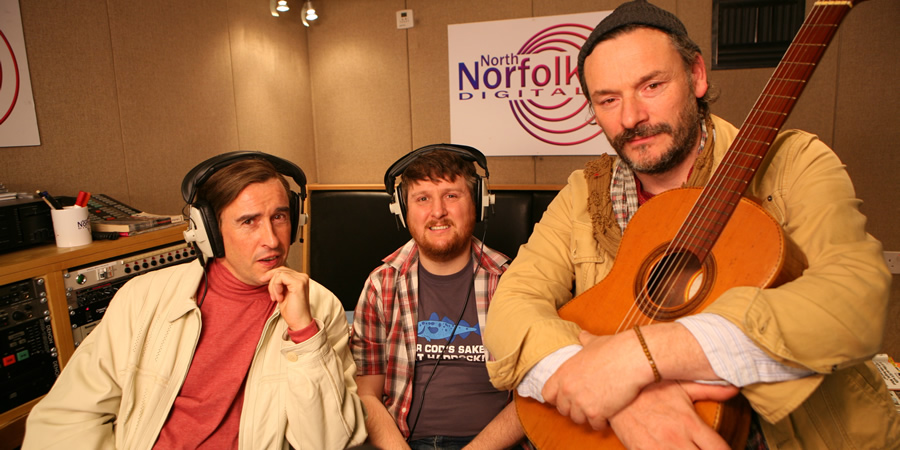 Alan invites folk musician Blackbird Goodbrook into the studio to sing some songs about bees, before getting real with a reformed young offender turned youth leader.

The indelible Alan Partridge presents another edition of his feature-packed digital radio show, covering the important questions, such as "What would you not do for love?" and "How hot should you have your bath?"

As well as giving a revealing glimpse into Alan's morning workout routine, this week sees folk musician Blackbird Goodbrook invited into the studio to play a few songs - mostly about bees.

Then later, Alan gets real when a reformed young offender comes into the studio to talk about his chequered past, opening up a shameful confession from Alan involving the illicit consumption of three KitKats.