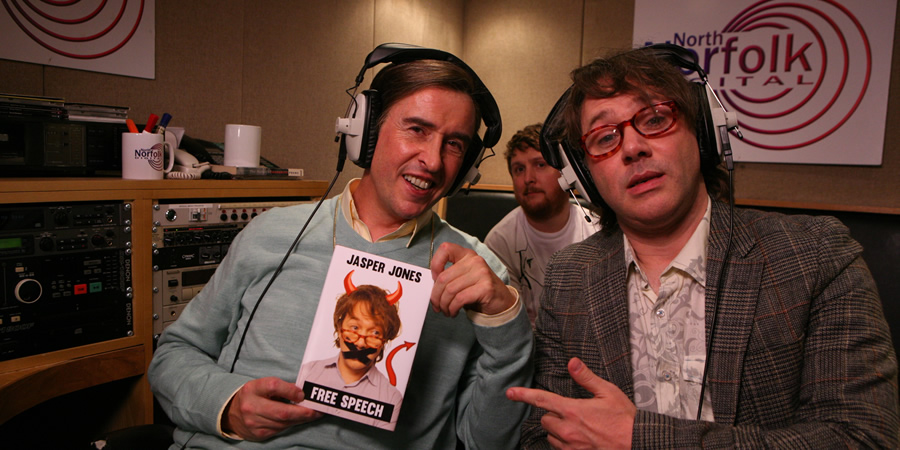 Alan celebrates Valentine's Day with a "Valentine gobble off".

Alan presents another edition of the show the cool kids around North Norfolk are calling "MidMorMat", covering the big questions like "in what order do you perform your morning ablutions?"

This week, Alan talks to the outspoken author Jasper Jones about his new book Free Speech. Labelled "the attack dog of the anti-establishment", it's not long before he sets the phone lines and message boards alight. But is there room in Alan's cramped studio for two such big personalities?

Then later, Alan celebrates Valentine's Day with a "Valentine gobble off", inviting in a local chef for "a good old-fashioned nosh".