Comedian Tom Mayhew is to make a stand-up show for Radio 4.

The four-part series will be based on his 2019 Edinburgh Fringe show I, Tom Mayhew, which was influenced by his experiences of signing-on, being working class, and struggling to find work after the 2010 recession.

The show was critically acclaimed, and transferred to a sell-out run at the Soho Theatre in January 2020.

He says: "Having spent much of my teenage years listening to the station, it is a dream come true to have my own show on Radio 4."

Mayhew is currently on Universal Credit due to the coronavirus pandemic. He says: "I doubt many people have gone directly from signing on to having a BBC Radio series, but what can I say? The DWP have really stepped up their game this year!"

Mayhew previously made it the semi-finals of the BBC New Comedy Award in 2018, and has written for The News Quiz and Newsjack.

The series will be produced by BBC Studios. Executive producer Victoria Lloyd says: "I think Tom's show has become even more important. There's a lot of stigma attached to people on benefits, but recent times has shown us that almost everyone is a few bad weeks away from being in dire need of assistance. Tom show navigates these dark themes with humour and heart, and we're delighted to bring the show to Radio 4."

I, Tom Mayhew is scheduled for broadcast in spring 2021.

In 2018, Mayhew wrote an in-depth article for British Comedy Guide titled 'The struggle of being a working class comedian'. In the piece he explained how coming from a working class background puts up extra barriers in terms of trying to forge a career in stand-up comedy. Read the article 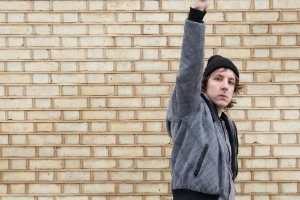