The Hitchhiker's Guide To The Galaxy is to return.

Radio 4 has confirmed that it is making a new series of the cult classic sci-fi sitcom, titled The Hitchhiker's Guide To The Galaxy: Hexagonal Phase.

In May 2016, British Comedy Guide previously revealed the show would return for Series 6, but this is the first time the BBC has confirmed the commission. It has also revealed further details about the six new episodes today.

The series will be produced by long-time collaborator Dirk Maggs, who was chosen by the late Douglas Adams to bring 'HG2G' back to Radio 4 for the Tertiary, Quandary and Quintessential Phases.

The new series will be adapted from Eoin Colfer's book And Another Thing..., which was commissioned by the Douglas Adams Estate in 2009 to mark the 30th anniversary of the first novel. The episodes will also include unpublished Hitchhiker's material by Douglas Adams, sourced from notebooks and writings preserved in the library at St. John's College in Cambridge.

Across six new episodes, Simon Jones will reprise his role as the main protagonist, the quintessentially English Arthur Dent, as he continues to travel through space and time following the destruction of Earth.

Starring alongside Jones will be members of the classic radio, television and stage casts, including Geoffrey McGivern as Ford Prefect, Mark Wing-Davey as Zaphod Beeblebrox and Sandra Dickinson as Trillian, as well as special guest stars including Jane Horrocks as Fenchurch.

Following in the footsteps of the late Peter Jones and William Franklyn, Douglas Adams' friend, co-author and former flatmate John Lloyd will step in to become the voice of 'The Book'.

Simon Jones says: "It seems extraordinary that it's been forty years since we recorded the first pilot episode for BBC Radio; how modest were our expectations then, and how amazing a world-wide phenomenon it became, and continues to be. I never expected to still be searching for a decent cup of tea and some kind of answer to Life, the Universe and Everything almost a lifetime later. Still, the dressing-gown and towel may be a little threadbare, like my hair, but my voice, much to my surprise, hasn't changed a decibel, and despite years in America, I can still talk Arthur's 'indignant-posh'.

"This may be the wittiest and most epic adventure yet, and I'm especially pleased we're in the talented hands of Dirk Maggs who is better qualified than anyone to script and produce us. It's always a joy to be reunited with Geoff McGivern, as my partner in space and time, Ford Prefect. Over the years, we've lost some great friends, and we still miss them, but we've also gained other valued colleagues, and for this trip across the Galaxy we have a tip-top team all ready to do justice to Douglas' unique and quixotic vision."

Producers explain: "It's 1952. Permanently. Reality is trapped in a time loop by Professor Darius Quanderhorn's bizarre Xperimentations. His rag-tag team face threats and terrors beyond human understanding on a daily basis, together with their own neuroses.

"Martian Invasions, Giant Space Lasers, Shape-Shifting Troglodytes and Living Feral Underwear are all part of a day's work for the Quanderteam: Dr. Gemini Janussen has clockwork-driven emotions, Guuuurk the Magnificent is a Martian hostage who fancies himself a gentleman cad, Troy, the professor's "son", who is part human, part insect, all idiot, and Brian Nylon, who has completely forgotten that he is the unit's Test Pilot. In fact, he has completely forgotten who he is at all, but what he is finding out is beginning to disturb him.

"Meanwhile, as the Professor ploughs ahead with his dangerous and sinister creations, oblivious to the consequences, his arch-nemesis, Prime Minister Winston Churchill, has begun to resent the public adulation of this reckless genius and would like to shut down his operation for good. But dare he do that, and risk unleashing the terrible secret lurking in Quanderhorn's cellar?"

Speaking about their new show, Rob Grant and Andrew Marshall say: "For far too long, the facts about Professor Quanderhorn have been kept from the public. We felt it was high time to expose them. The facts, not the public. They can expose themselves."

The series is being produced by Absolutely Productions, with whom Grant previously collaborated on his 2000 Sky One sitcom, The Strangerers. 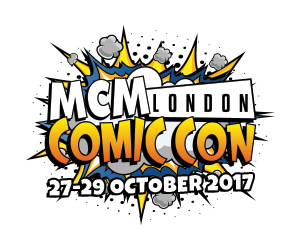 In celebration of these two new commissions, Radio 4 will make its first outing at MCM London Comic Con this autumn, with a Hitchhiker's panel, comprised of stalwarts Simon Jones, John Lloyd and Dirk Maggs scheduled for Saturday 28th October, and a panel with sci-fi and comedy masterminds Andrew Marshall, Rob Grant and The Quanderhorn Xperimentations' producer Gordon Kennedy scheduled for Sunday 29th October.

BBC Radio comedy commissioner Sioned Wiliam says: "I'm thrilled to announce the return of Hitchhiker's to its original home, over a decade after Arthur and co last appeared on the network. It's also great to be able to introduce Professor Quanderhorn and his clan of eccentrics to Radio 4 listeners next year. In the meantime I look forward to downing a few Pan Galactic Gargleblasters with the team at Comic Con this October." 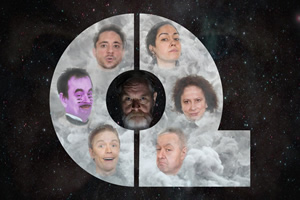