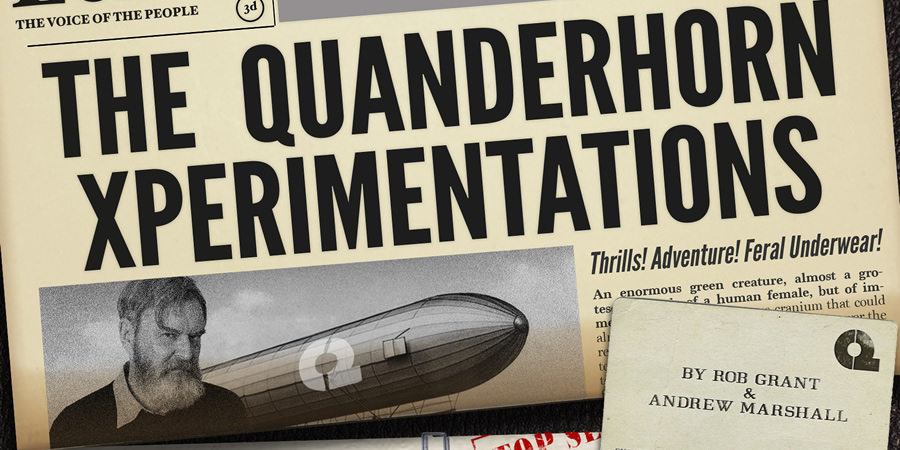 It's 1952. Permanently. Reality is trapped in a time loop by Professor Darius Quanderhorn's bizarre 'Xperimentations'. His rag-tag team face threats and terrors beyond human understanding on a daily basis, together with their own neuroses.

Martian Invasions, Giant Space Lasers, Shape-Shifting Troglodytes and Living Feral Underwear are all part of a day's work for the Quanderteam: Dr. Gemini Janussen has clockwork-driven emotions, Guuuurk the Magnificent is a Martian hostage who fancies himself a gentleman cad, Troy, the professor's "son", who is part human, part insect, all idiot, and Brian Nylon, who has completely forgotten that he is the unit's Test Pilot. In fact, he has completely forgotten who he is at all, but what he is finding out is beginning to disturb him.

Meanwhile, as the Professor ploughs ahead with his dangerous and sinister creations, oblivious to the consequences, his arch-nemesis, Prime Minister Winston Churchill, has begun to resent the public adulation of this reckless genius and would like to shut down his operation for good. But dare he do that, and risk unleashing the terrible secret lurking in Quanderhorn's cellar?