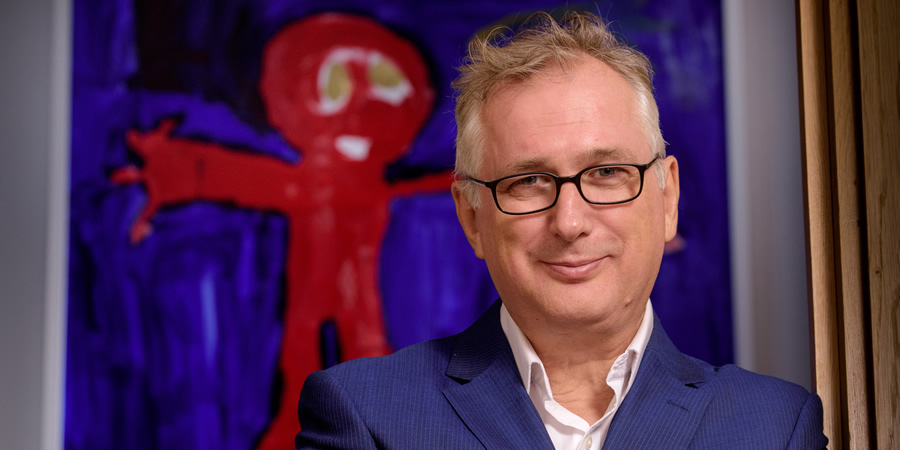 After 20 years away from poetry, during which he co-wrote The Royle Family and produced Gavin & Stacey, among others, Henry Normal returns to Radio 4 for a comic and poetic look at his family life...

A Normal Family - broadcast in 2016 - is centred around Henry's son, Johnny, who was diagnosed with 'mildly severe' autism. Through stand-up and poetry, Henry explores what this means for Johnny, for himself, and for his wife, Angela. Recorded in front of a live audience in Henry's hometown of Brighton, the show paints just one portrait of life with autism; there are many versions of it, and this is Johnny's.

A Normal Life - broadcast in 2017 - draws on Henry's experiences bringing up a child with autism, Henry investigates where edges are, and how we are connected. As well as his trademark humour, the show tackles the subjects of life, death, loneliness, loss, human frailty and other classic conversation stoppers.

A Normal Imagination - another 2018 special - has Henry look at imagination and the reasons why humans create.

A Normal Nature - the 2019 episode - looks at our relationship with nature.

Henry Normal is a multi-award winning writer, producer and poet. He starred in Channel 4's Packet Of Three with Jenny Éclair and Frank Skinner, co-wrote The Royle Family and The Mrs Merton Show, and founded Baby Cow Productions with Steve Coogan, which produced Gavin & Stacy, The Trip and Camping. He has published several volumes of poetry, including The Dream Ticket, Nude Modelling for the Afterlife and Staring Directly at the Eclipse. His last Radio 4 series was 1997's Encyclopaedia Poetica.