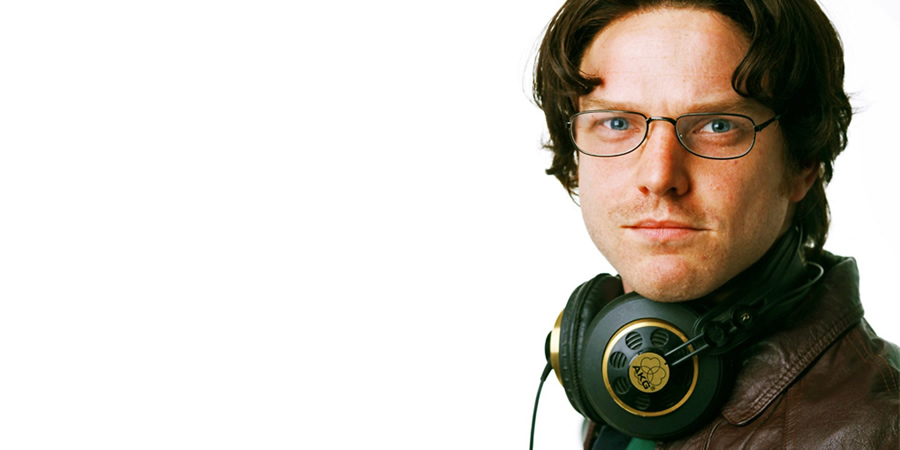 Award winning journalist Gary Bellamy is waiting for your calls, as Down The Line invites listeners to call Radio 4's groundbreaking phone-in programme.

This comedy, created by the team behind The Fast Show, parodies radio phone-in shows. The show's host, the keen but dim Gary Bellamy, fields calls from experts, idiots, bigots and nutters about a different topic each week.

When it was launched in May 2006, Down The Line caused a massive media stir. The first episode was such an accurate parody of a bad phone-in show that many listeners were fooled into believing it was genuine, and thus complained to the BBC (see the press clippings section of this guide for more on this).

The BBC helped with the subterfuge by publishing a fake profile for Gary Bellamy on the Radio 4 website with a fake picture (below); plus they set up a phone number for the show (with a message saying that the line was busy); and dropped the credits to hide the fact the callers were actually actors.

It wasn't until almost a week later that the people behind the show were un-veiled as none other than the well known comedy actors Paul Whitehouse, Charlie Higson and Rhys Thomas.

In 2010 the show briefly transferred to TV in the form of Bellamy's People. The transfer was not considered a success, but the radio show continues with a loyal fan base.