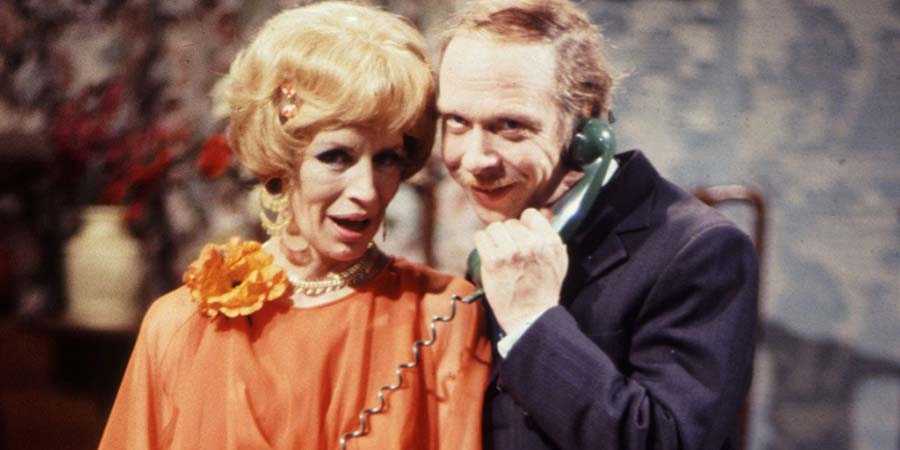 Are comedy writers putting in enough work when creating new characters? All too often you see characters in sitcom, stories and movies responding to situations in random fashion.

Novelists and screenwriters spend an inordinate amount of time building character profiles. I don't believe sitcom writers need to think as much about backstory or what our comic inventions eat for breakfast as drama writers do. Whatever you're writing though - movie or sitcom, comedy or drama - there are several strong traits that the best characters possess. Ever fond of the naff acronym, I've bundled these numerous traits into the just about readable but utterly meaningless OFF UP D'BUS, LOSA. I'm sure there are more letters to add, and these aren't necessarily correct, but here goes:

Before anything else, your new character must be that. It's okay for them to be recognisable, it helps the audience because they don't need so many signposts to guide them to the jokes, but they need something else. Mrs Brown may be identical to Mrs Boswell in Bread, but the canny meshing of old-school devices (she's a man in drag) and post-modern tropes (let's break the fourth wall and have Mrs Brown acknowledge, Garry Shandling-like, that the audience is also in the room), equals hit TV show.

I doubt if the first person who springs to mind after you mention "Hugh Grant" is "Tony Parsons", but the latter's first novel Man And Boy is remarkably close in structure, character and entire story to Four Weddings And A Funeral. The first person character in the novel is a good deal more nuanced than Grant's (it is a novel, after all), but the book is effectively a working- and middle-class version of Curtis's super-toff movie. And don't sneer: it's a gently amusing and surprisingly moving read. Parsons's creation was totally original, and yet, in a seemingly contradictory phrase, he is also...

In the 80s and 90s, several extremely different characters emerged who were nevertheless pretty much the same guy. This was the character defined by what many people of my age say either with dewy-eyed nostalgia or hate-flecked spittle: Thatcher's Britain. He was emboldened by the view that if you want to get on in the world it's okay to cut corners, cheat the tax man, and trample over the person in front of you to get what you want. 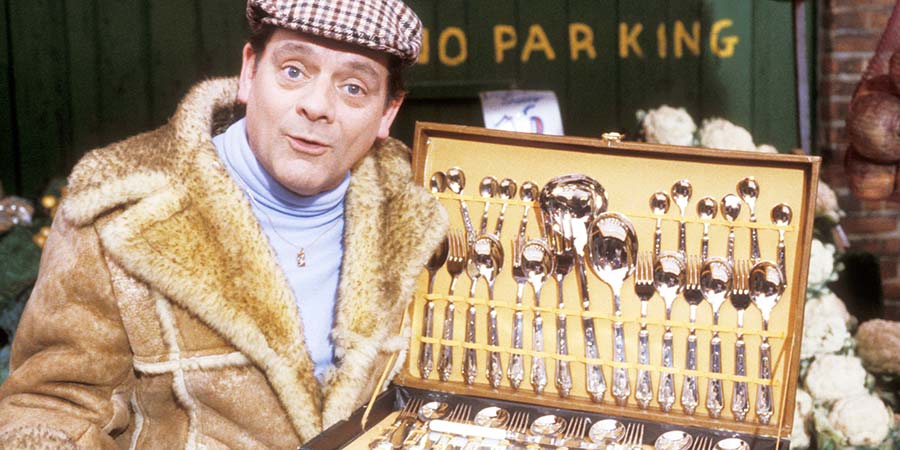 The most obvious embodiments of this were Del Boy from Only Fools And Horses, and Arthur Daley in Minder. But there were others. He may have been living in previous centuries, but Edmund Blackadder of Series 2-4 was the Del Boy of his day, a chancer who saw a gap in the market and understood straight away how he could fill it. Father Ted may have trained to devote himself to the care of others, but on Craggy Island there was only one person he was looking out for and that was Father Ted.

This is possibly the most complicated part of characterisation. It's easy enough to say "this is a person quick to anger, who has been given a job in customer services", but you need to find a way to sustain that premise or the character just gets sacked, end of story. I'm remembering a person I once saw getting on the bus, a tightly clenched ball of simmering anger, I looked closer and saw he was carrying a book about Buddhism. Maybe he knew he had anger issues and was finding a way to deal with them. In comedic terms I would write that as someone who sees himself as a calm, karmic, cosmic Buddhist but comes across to onlookers as a tightly-clenched ball of simmering fury.

This will be the source of many of your stories. Sometimes you'll have a character that things happen to, but it's always a stronger call to make them drive the story. Which leads to the next part of the acronym...

I wouldn't so much call this a characteristic, but it's very important for your lead characters to be proactive. I read a lot of scripts where whole scenes go by in which our hero passes the time of day and nothing happens. They may be engaged in amusing banter, but it's largely inconsequential.

Even the seemingly inactive Royle Family had at least one story running through each episode: Dave with his Dragon's Den idea; Anthony and his love life; Dave and Denise at least proactive enough to create a baby.

This character trait comes from our finest comedy script editor, Andrew Ellard. Andrew writes wisely about difference, which he explains is what most comedy is about.

Recognising how different characters react to the same piece of information is a great way to help define who they are, while ensuring that every character in your script is there for a reason. If you're consistently finding it hard to differentiate one character from another, you may need to ditch that character completely. Better to do that at this stage than when you're struggling to get through your first draft. 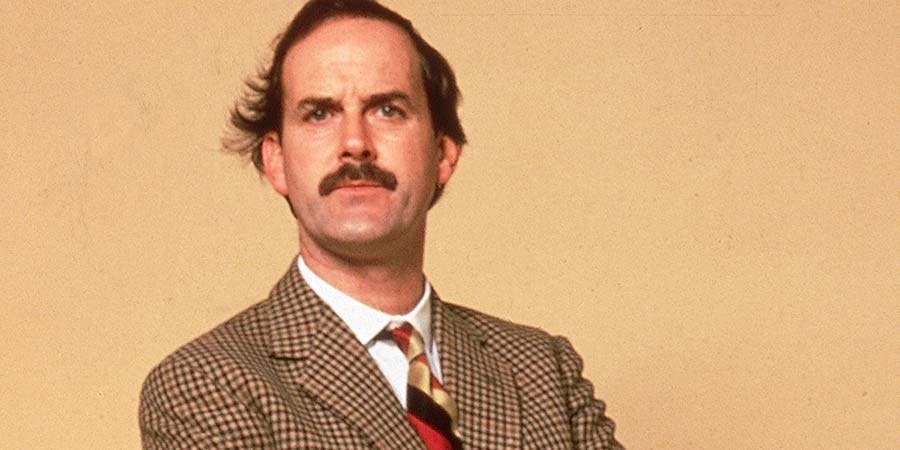 To make what may seem like a fine distinction, "believable" is not the same as "real". Real people, in general, are dull. Even if we live exciting lives, it's quite rare for us to become embroiled in some ridiculous situation, largely of our own making, and that we make worse by our further actions, and that lead us to some epic situation that will probably be resolved during the course of New Year's Eve in Trafalgar Square, or however British movies end these days. I doubt if any of you have ever seen someone get out of their broken-down car and smack it across the bonnet with a broken tree branch - but we've all experienced that feeling of rage and frustration, and understood the urge that drives Basil Fawlty to his act of arboreal violence.

A trait that applies specifically to sitcom characters is that they never learn from their mistakes. Will Basil, having got into such terrible trouble by lying and lying and being caught out as a bare-faced liar, start telling the truth? Or next time will he try and be a little more devious? You know the answer - and admit it, you do it too: give that failed strategy one last go. You never learn, do you? Still working on that comedy screenplay aren't you? (Spoiler alert: it won't get made, but if it's great and packed with superb characters it might get you work as a writer for hire.)

This, by the way, does not mean likeable. Reggie Perrin's boss CJ is an insufferable pompous bore with a mean streak, but he's the boss, and we all understand that he didn't get to where he is today by being likeable. (Also I recently had a light bulb moment in which I realised that The Office is The Fall And Rise Of Reginald Perrin, with Tim as Reggie and Brent as CJ.) 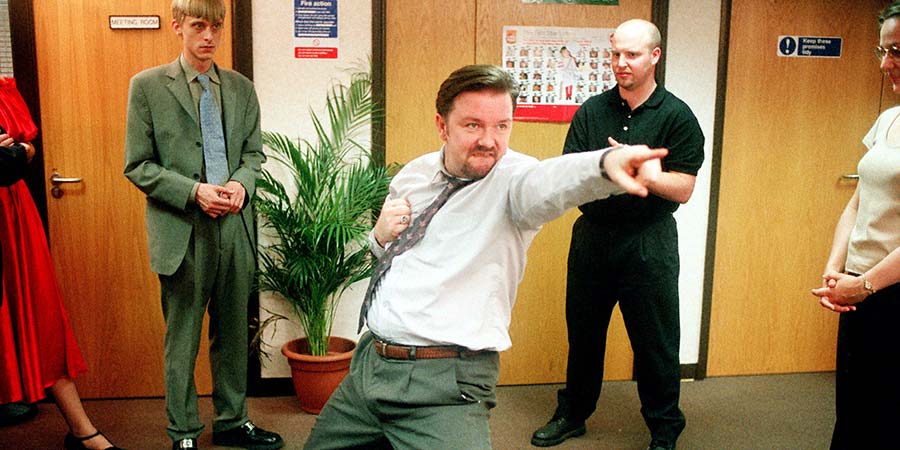 Finally - not the word often associated with British sitcom characters, loser - here it stands for Lack Of Self-Awareness. Returning to The Office, there is the clear moment at the end of the Christmas special where for the first time ever, we see Brent understand how utterly despised he is. Within a few minutes the entire sitcom is finished, for ever, the end (at least until the comeback tour a decade later).

Some of these traits contradict each other. Characters, like you and I in real life, can be contradictory, but the more we can define their funny ways, the greater their contribution to your story.