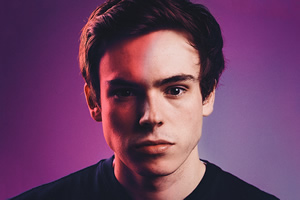 To promote his Radio 4 series, Rhys James has a go at being an interviewer. He asks British Comedy Guide some questions... 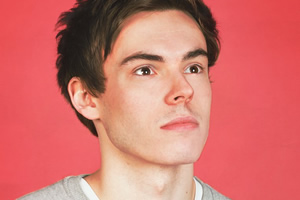 Stand-up comedian Rhys James has published a five-part sitcom online to help promote his Edinburgh Fringe show. You can watch it here.

Soho Theatre has inked a deal with Amazon Prime Video which will see the venue's eleven existing on demand specials made available on their platform, plus twenty new shows for 2021.

I suppose a new generation of TV editors thinks this is how telly must work. They never watched it when they were growing up, of course, because they were glued to their phones.

Brilliant, miniature satires on the way we live now.

This must have been one of the easiest comedy compilation shows to curate. With the live circuit in its induced coma, so many stand-ups are pumping out online content online that the whole internet is one giant audition room.

Following E4's Remote Comedy From The Paddock the BBC launches with their own self-shot lockdown rapidfire sketch show. And on the basis of the first episodes - not that this is a competition - the BBC has the edge.

Talk about comic timing. On Friday, Rhys James was cracking coronavirus gags to a sold-out but half-empty Leicester Square Theatre. A couple of days later, the theatre closed indefinitely, owing to... Christ, do we even need to say it?

The Greenwich Comedy Festival is always a late-summer treat: a chance to catch top names on a line-up bill, often after they've done boot camp of Edinburgh and before their autumn tours.