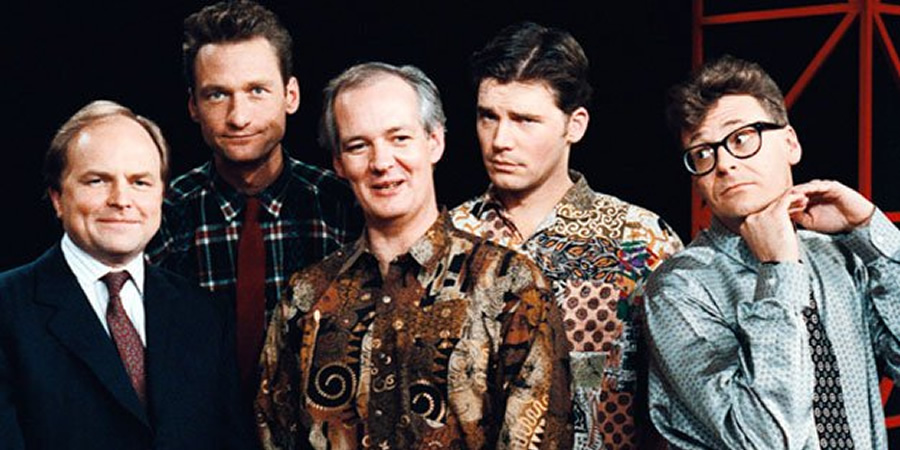 Whose Line Is It Anyway?

Whose Line Is It Anyway is an improvisational comedy show presented by Clive Anderson. Each week, four guest performers from Britain and America work their way through a series of short-form, improv games. Points are scored at the end of each round, although like many panel shows they have little significance.

Popular WLIIA games include Party Quirks, Film and Theatre Styles, Hoedown, Superheroes, Props and World's Worst. The winner of the show gets the reward of reading the credits in a style of Clive Anderson's choosing.