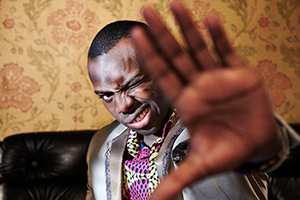 Enterprice creator and star Kayode Ewumi talks about the second series of his sitcom, and how he'd like to see more diversity on screen. 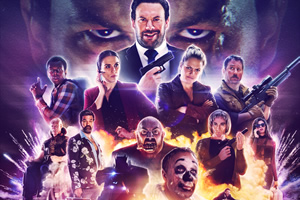 I talk to: Kayode Ewumi

After a successful pilot in 2017, Enterprice launches this week as a four-part boxset on BBC Three and will also get a BBC One repeat on Friday nights.

Enterprice, the BBC Three sitcom about the formation of a home delivery service, written by and starring Kayode Ewumi, has been given a series.

Enterprice is a likeable, erm, enterprise and the two leads - Kayode Ewumi and Daniel Ezre - are very watchable. Altogether, though, is something of a rough diamond - charming but not exceptional.

They might have recruited Tom Hardy and Charlotte Riley to star in Sticky, but it seems like a stinker.

Tim Vine Travels Through Time, a new TV sitcom pilot, is to be one of three new BBC Comedy Playhouse pilots for 2017.