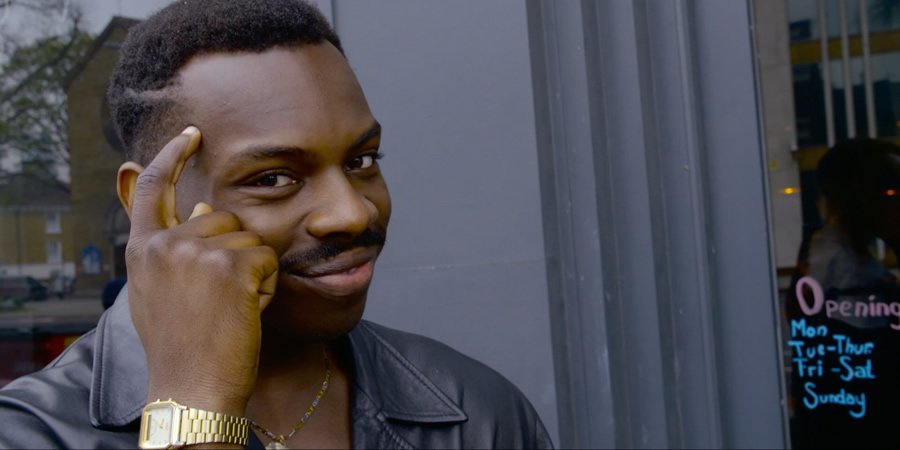 Spoof documentary series following 'triple threat' R.S. (aka Roll Safe, or Reece Simpson to his mum and dad) as he chills out in his 'Hood' and lives his life as a 'young and upcoming creative'.

The first episode of the show was published on YouTube by creators Tyrell Williams and Kayode Ewumi in October 2015. The episode has since been watched by more than 2 million people. The duo published a second episode in November of that year.

The BBC has also made a series of #HoodDocumentary episodes for publication under the BBC Three brand.