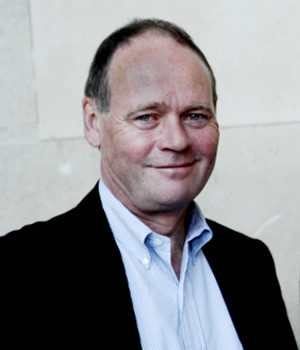 Lloyd has been awarded CBE for his services to broadcasting. The 59 year-old has been a producer of comedy on the radio and TV since 1974. He worked alongside Douglas Adams on the first radio series of sci-fi comedy The Hitchhiker's Guide To The Galaxy, created Radio 4's long-running satirical panel game The News Quiz, and produced hit satirical sketch shows Not The Nine O'Clock News and Spitting Image.

In 2003, he created the hugely succesful panel game QI for BBC Two, which is now in its 8th series with over 100 episodes filmed. Most recently he has co-created and hosted QI's radio spin-off, The Museum Of Curiosity, and is also responsible for producing the entire Blackadder cannon.

Elsewhere in the honours list, comic actor Burt Kwouk receives an OBE. He is perhaps best known for his role as Cato, servant to Inspector Clouseau in The Pink Panther movies starring Peter Sellers. His most recent comedy role was as Entwistle in the long-running BBC sitcom Last Of The Summer Wine, which finished earlier this year.

Musician and composer Howard Goodall will receive a CBE. Goodall is noted for composing the theme tunes to some of Britain's best known comedy series from the 1980s onwards, including Blackadder, The Thin Blue Line and QI. He also writes classical music, and has for the past five years promoted teaching music in schools.

Shelia Hancock has also been honoured, and will be given an MBE. She first gained attention when staring in the 1960s BBC sitcom The Rag Trade, and also appeared in Carry On Cleo. Her current regular comedy appearances include the programmes Just A Minute and Grumpy Old Women.