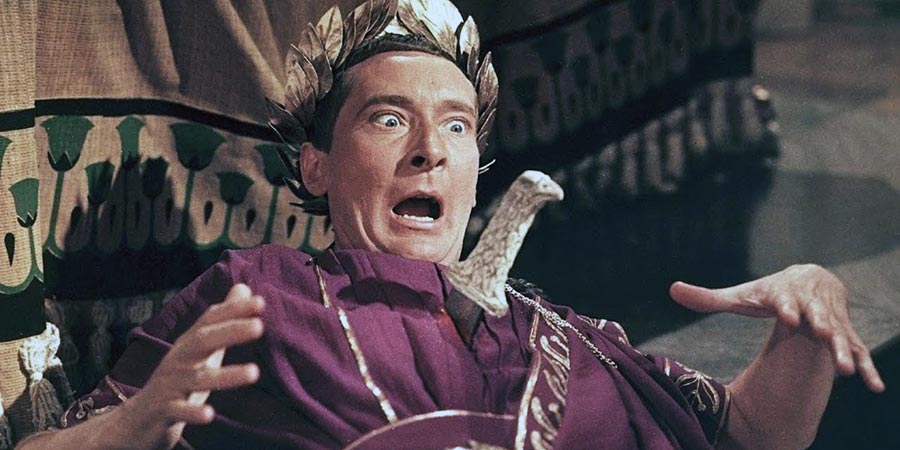 The Carry On team take on ancient history and the big-budget film Cleopatra. Caesar's plan goes awry when Antony is captivated by Cleopatra

Disquiet is growing in Rome. Caesar's been away for three years, but despite expanding the empire across Gaul and into Britain - supplying Rome with an ever-expanding range of fresh foods, products, and slaves - neither his family nor the Senate are impressed, and plans are afoot to assassinate him.

Egypt, meanwhile, is in a precarious state. Word reaches Caesar that Ptolemy is planning to usurp his sister Cleopatra as Pharoah - something that would throw the region into disarray.

Returning hastily to Rome with his latest bunch of captured slaves in tow, the Emperor immediately dispatches his top general and loyal friend Mark Antony to Egypt, where he is tasked with taking power of the region.

Unfortunately for Caesar, the general's plans are thrown into disarray when he lays his eyes upon the beautiful Pharoah, and is immediatley taken under her spell...

Tagline
The funniest film since 54 B.C.
Part of