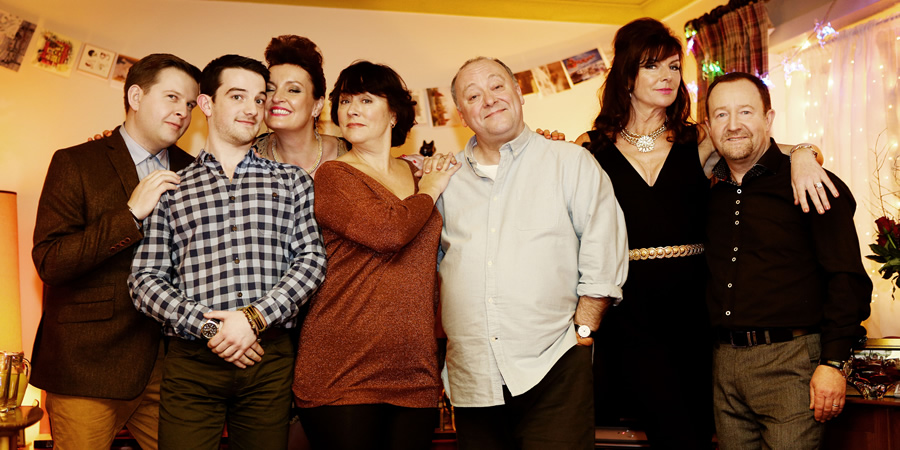 One-off comedy set in a chaotic New Year's party thrown by Eric and Beth Baird as they count down to the Hogmanay bells in traditional Scottish style.
Preview clips

One-off comedy set in a chaotic New Year's party thrown by Eric and Beth Baird as they count down to the bells in traditional Scottish style with their two sons Ian and Angus, Beth's unpredictable sister Caroline and their Latimer Crescent neighbours.

Joining the Bairds' Hogmanay celebrations are aspirational friends Colin and Cathy; Norwegian neighbours Henning and Nina; Ian's exuberant and outgoing partner Tony; and teenager Sophie, who's been left home alone while her parents are away.

As friends and family gather, Eric and Beth hope the highlight of the night will be the return of their son, Angus who's currently serving in Iraq.

A lively evening is assured as drink flows, tempers fray, and Beth's legendary steak pie comes out of the oven.

No crisps and dip??

Panic starts to set in as turns out Eric has forgotten some essentials.