Jack Whitehall is joined by guests including Lionel Richie, The Script, Gemma Arterton and The Made In Dagenham musical cast. 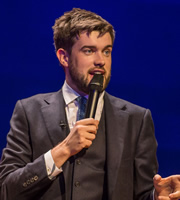 Jack Whitehall hosts the third show in the revived series, introducing a line-up of fabulous acts from around the globe.

Tonight, there is a special performance by the legendary Lionel Richie; The Script play their latest hit Superheroes; Hollywood actress and former Bond girl Gemma Arterton gives an exclusive preview of the new West End musical Made in Dagenham; and there is plenty of comedy and some incredible speciality acts from around the world.